While Microsoft has officially confirmed some of the new features that will be found in the upcoming Windows 8.1 update, many of them had already been revealed in leaked builds of the OS. Today, a new article claims to have found some more small but interesting new features based on checking out one of those leaked Windows 8.1 builds. 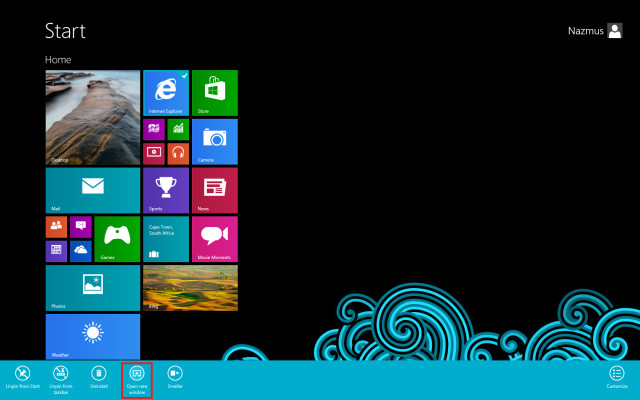 McAkins Online posts up word that, while examining the unnamed leaked build, they found a new option when right clicking on a Windows 8 app called “Open in a New Window”. It would appear that this will allow more than one Windows 8 apps to run in a window, something that has been requested by many current Windows 8 users.

The article also claims Windows 8.1 may have a Modern style file manger, which is something that we have previously reported. The app will reportedly be able to open open .exe files, which can't be done in any current Modern Windows 8 apps. Keep in mind that these new features have been spotted in a leaked Windows 8.1 build. It's more than possible Microsoft may decide not to implement them when the final version of the OS is released.