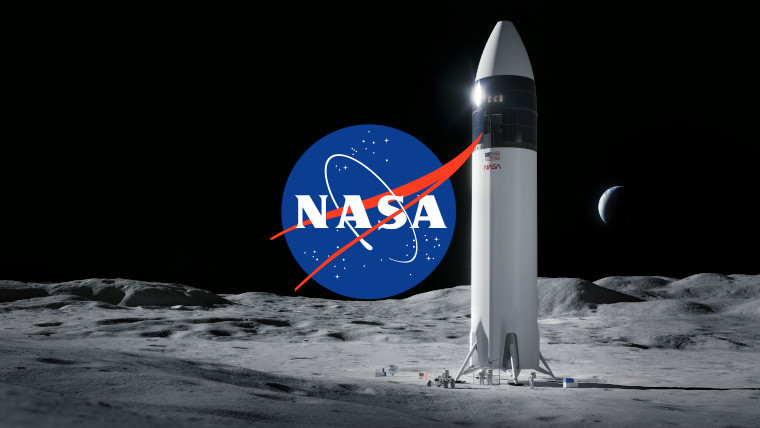 NASA has awarded a $2.89 billion contract to SpaceX to continue developing a commercial human lander that will deliver the next two American astronauts to the lunar surface. Under current plans, the Space Launch System and Orion spacecraft will take astronauts to Lunar orbit where two of the up to four crew members would transfer to SpaceX’s human lander.

“With this award, NASA and our partners will complete the first crewed demonstration mission to the surface of the Moon in the 21st century as the agency takes a step forward for women’s equality and long-term deep space exploration. This critical step puts humanity on a path to sustainable lunar exploration and keeps our eyes on missions farther into the solar system, including Mars.”

You’re probably already familiar with SpaceX’s human landing system, it’s the Starship which the firm has recently been smashing into the ground as it attempts to perfect the landing sequence. The latest Starship test is expected next week where it will hopefully achieve a landing with the newfound financial motivation from NASA.

For those wondering whether the private sector can meet the rigorous NASA requirements, the space agency has confirmed that SpaceX has been working closely with NASA experts to ensure the lander design meets NASA’s performance requirements and human spaceflight standards. The standards range from engineering, safety, health, and medical technical areas.

The first mission to the Moon's surface by NASA is its Artemis 3 mission which is expected in 2024 but it could still be delayed. Artemis 3 will be preceded by Artemis 1 expected in November 2021 and Artemis 2 planned for August 2023. Artemis 1 will be an uncrewed lunar orbital test flight while Artemis 2 will send a crewed mission to lunar orbit.

NASA has big plans for the Moon in this decade. It wants to carry out several lunar surface missions and build a space station in orbit around the Moon for easier access to the lunar surface.