It's one of the best (some might say it's the best) TV dramas ever made and later tonight the tragic saga of Walter White comes to an end with the series finale of "Breaking Bad." Much of the show is set in and around Albuquerque, N.M., and indeed the city has become as much of a character as Walter, Jesse and the rest of the cast.

Albuquerque has many other claims to fame, and one of them happens to be the birthplace of Microsoft. In 1975, Bill Gates and Paul Allen, along with a few other employees, started working at an office building at 199 California St., and in so doing created one of the biggest and most influential companies ever made. Microsoft moved to its current headquarters in Redmond, Wash., in 1979 but a plaque commemorating the company's birthplace was put outside the original office in 2006. That same plaque was ripped off its stone base in 2012. 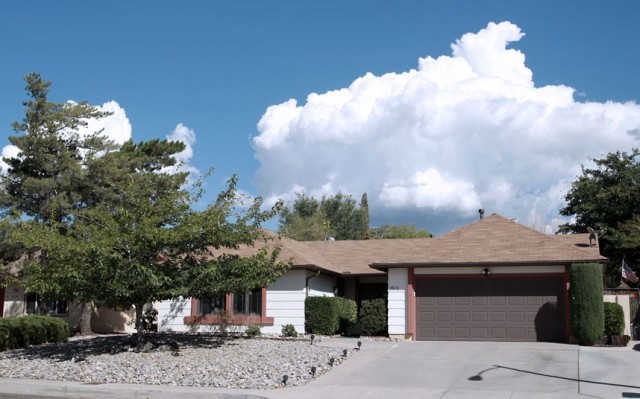 It stands to reason that much of the "Breaking Bad" TV series has filmed near the first Microsoft office. Thankfully, some people have created a Google Maps page that shows the various real life locations in and around Albuquerque that have been used for the fictional universe of Walter White. The home used for the outside of Walter's home, at 3828 Piermont Dive, is less than six miles from Microsoft's birthplace. Jesse's residence on the show is slightly more than three miles away from the old Microsoft office.

Other well-known "Breaking Bad" scenes have filmed even closer to where Microsoft was first formed. For example the scene in the Season 2 episode where Walter is naked with amnesia in a supermarket was filmed about a mile away from Microsoft's old building.

Even though "Breaking Bad" is ending tonight, keep in mind that its network AMC is developing a spinoff with lawyer Saul Goodman. If the writers of the show are smart, perhaps Saul could get involved in a land deal involving the old Microsoft building. That could be interesting.