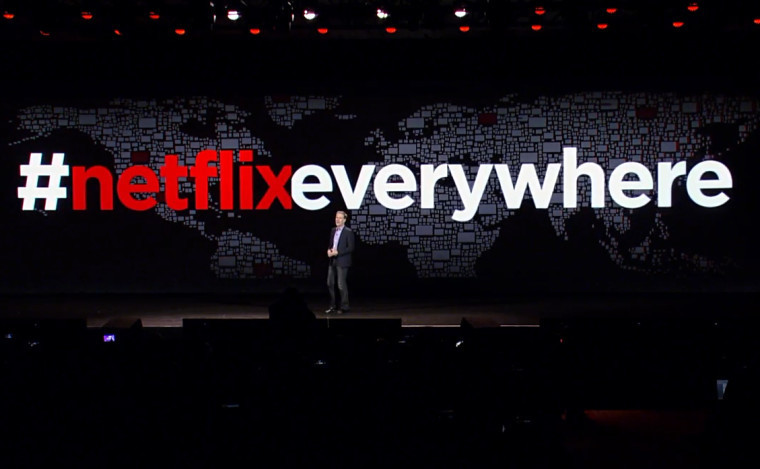 There are lots of interesting devices that are being unveiled at CES 2016, including smartphones, tablets, convertibles, laptops, and even monster 8K HDR TVs. But what good are they if there isn't content available in region that you can consume on them?

Netflix today announced during its CES keynote that the streaming service has gone live in another 130 countries, making it available in pretty much every country in the world (190 countries) - except China, Crimea, North Korea and Syria. This was made possible by a partnership with LG, which proudly announced that it will "combine efforts to provide prepaid access to the Netflix service".

Following Netflix CEO Reed Hastings' announcement of the service expansion, the company's shares jumped more than 6% above their opening price. The executive added that the company has added Arabic, Korean, Simplified and Traditional Chinese to the list of 17 supported languages, and that it is working on adding more languages, as well as more content:

"From today onwards, we will listen and we will learn, gradually adding more languages, more content and more ways for people to engage with Netflix. We're looking forward to bringing great stories from all over the world to people all over the world."

Hastings also said that Netflix is still trying to find a way to bring its service to China and the remaining countries, even though it faces challenges in terms of government approval and content restrictions.