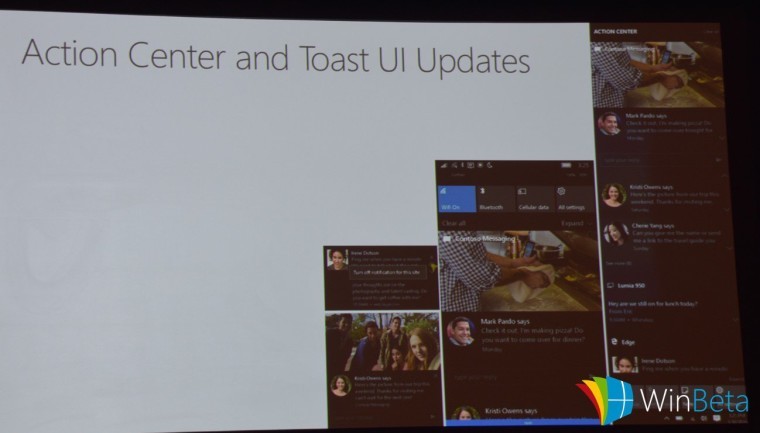 The news continues to flow out of Microsoft's Build 2016 developer conference. This time, we're seeing an all-new Action Center, which should be coming in the Anniversary Update.

Yesterday, we had reported that the Action Center will use a "cards" interface. This seems to be what was reported, although a bit cleaner. In fact, you might have noticed some of the design changes in yesterday's keynote. 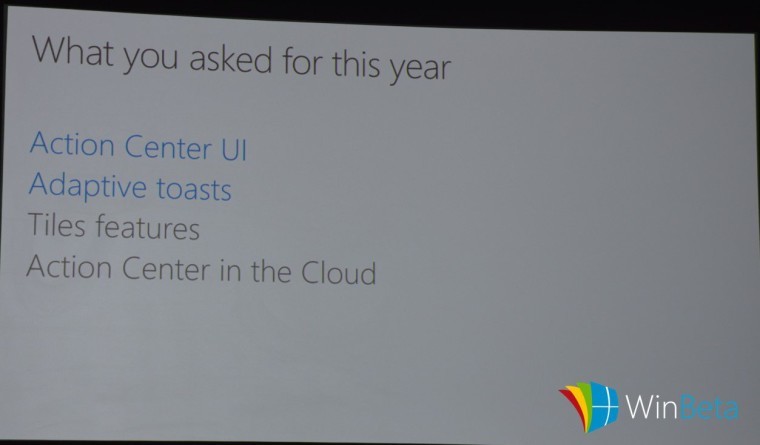 The new Action Center will be on both Windows 10 for PCs and phones, and it will look exactly the same. Just in case you're not using Windows 10 Mobile and you're using Android, you're in luck. Your Android notifications will show up there, strengthening the idea of Cortana serving as a bridge between all of your devices.

It's important to note at this point that Cortana is the brains of the operation here. If it's not obvious, you will need to have Cortana installed on your Android phone for this to work and you need to have it activated on your Windows 10 devices.

Of course, you're probably thinking that now you're going to have extra notifications in places and it's going to get messy. This is not the case at all. Action Center will sync to the cloud, so if you dismiss a notification on one device, it will be dismissed everywhere. 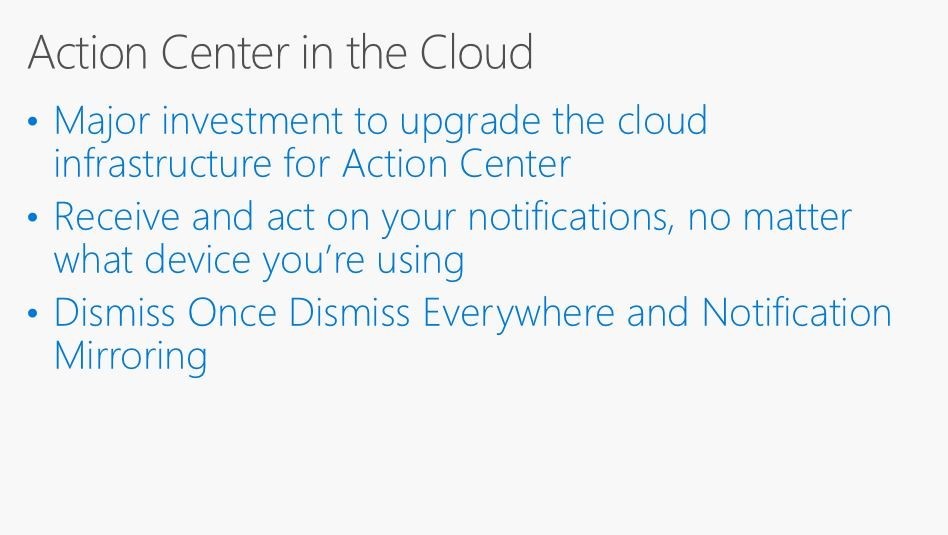 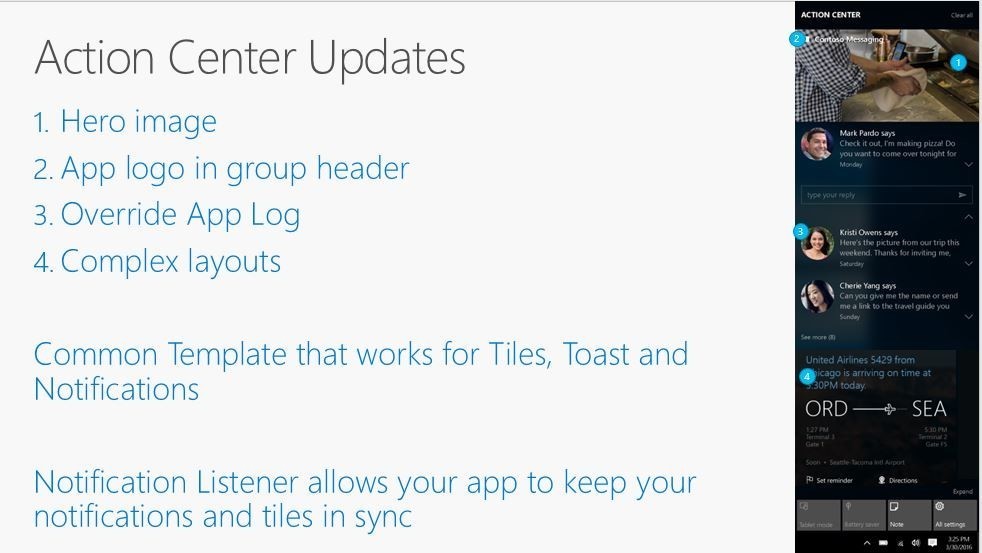 The new Action Center is currently slated to arrive in the Anniversary Update this Summer. Due to the lack of mentions of Windows 10 Mobile at Build, many are bound to find this information exciting. The next Insider Preview builds for PC, phones, and even Xbox will certainly be interesting.