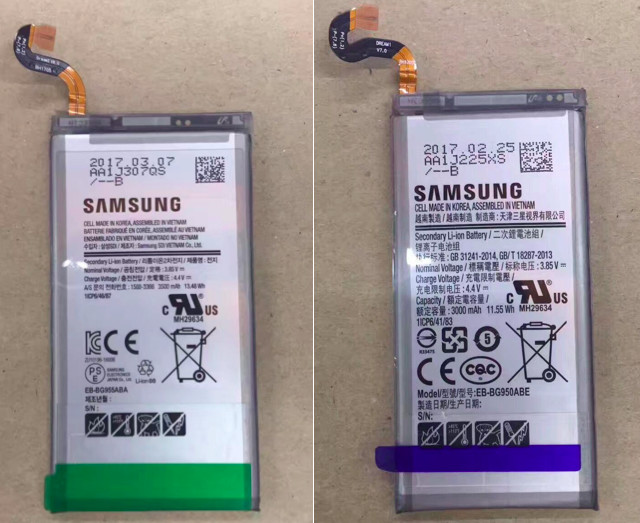 Let's just face it, there is probably not a thing that Samsung could announce about its Galaxy S8 and Galaxy S8+ handsets that we don't already know. Over the past couple of months, there has been a tremendous amount of leaks, and now we get a new one that shows off the alleged battery capacities of the upcoming Galaxy duo.

According to leaked images, the Galaxy S8 will pack a 3000mAh battery, with the larger Galaxy S8+ getting a 3500mAh one. Although the S8 will have a comparable battery capacity to the S7, the S8+ will actually be 100mAh smaller than last year's S7 edge. On first impression, it is a bit underwhelming to see that the new handsets will not offer larger batteries than their predecessors, but it would be wrong to jump to conclusions about its operating times without some real world testing.

Samsung will unveil the Galaxy S8 and Galaxy S8+ at its Unpacked event on March 29. The handsets are also expected to arrive with a variety of accessories, including the highly anticipated DeX Station.