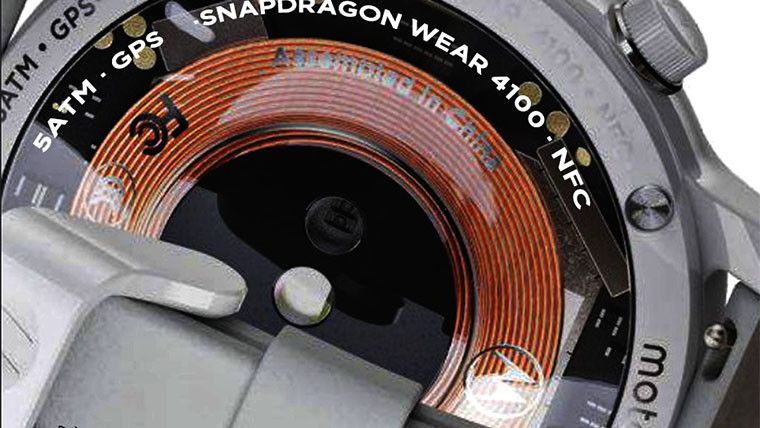 But even thought it's such an improvement, there's only been one smartwatch that actually uses it, the Mobvoi TicWatch Pro 3. That should be changing though, as one Redditor (via 9to5Google) has spotted a Moto-branded watch with a Snapdragon Wear 4100.

The last Moto 360 was introduced in October 2019 with a Snapdragon Wear 3100 chipset, and it wasn't actually made by Motorola. It was made by a company called eBuyNow, which licensed the brand; there's no reason to believe that anything is different here. Motorola itself has been out of the smartwatch game for years.

According to the report on Reddit, there are three key changes here, one of which is obviously the new chipset. It also includes 5 ATM water resistance, and it has wireless charging. Wireless charging is something that the first two Moto 360 generations had, but the third-generation, made by eBuyNow, did not. It will be a welcome return among fans.

As for where this image came from, TheMacJezza, who posted it, said that it's from an investor presentation. The user took the photo into Photoshop and played around with contrast and such until the text was legible.

As for when this watch will be released, on the other hand, that's anyone's guess. It could be tomorrow, or it could be never. We'll learn more about a new generation of the Moto 360 when eBuyNow has something to share.