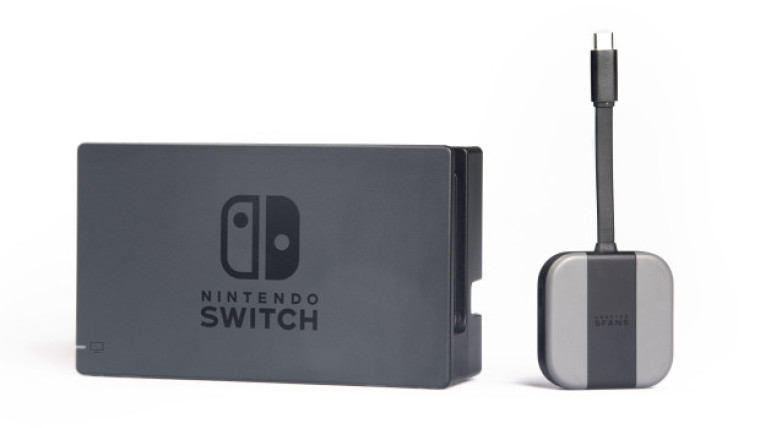 There's little doubt that the Switch has been an initial success for Nintendo, going on to become the fastest-selling in the company's history but there have been a few bumps along the way, specifically concerning the device's dock. With complaints that the console was warping while docked and its screen was being scratched by the accessory, it's unsurprising that some gamers have been looking for solutions such as screen protectors.

Now, it appears that a new portable dock accessory slated to hit the market later this year that replicates the functionality of the Switch dock bundled with the console without the associated bulk. With a month left in its Indiegogo campaign, the SFANS adapter can be easily stowed in a bag or even in a pocket while on the move.

Going for $59 plus shipping, prospective backers will have to weigh up the cost against the convenience gained by the adapter but, interestingly, the guts of the device have previously appeared in other Chinese-manufactured devices. Known as CF001, the unit was originally designed to be paired with Samsung smartphones in lieu of the official DeX Station which also ended up being compatible with Microsoft's Lumia 950 and 950 XL.

Of course, what this means is that other CF001-based adapters should also work, including the Switch-Con HDMI hub for Switch on Kickstarter, shifting the primary consideration more towards total cost unless you are smitten by the styling of these accessories. While other Switch peripherals such as ColorWare's $199 NES-inspired Joy-Con Classic controllers may have gamers struggling to justify the expense, a portable dock may be a somewhat more tolerable expense.