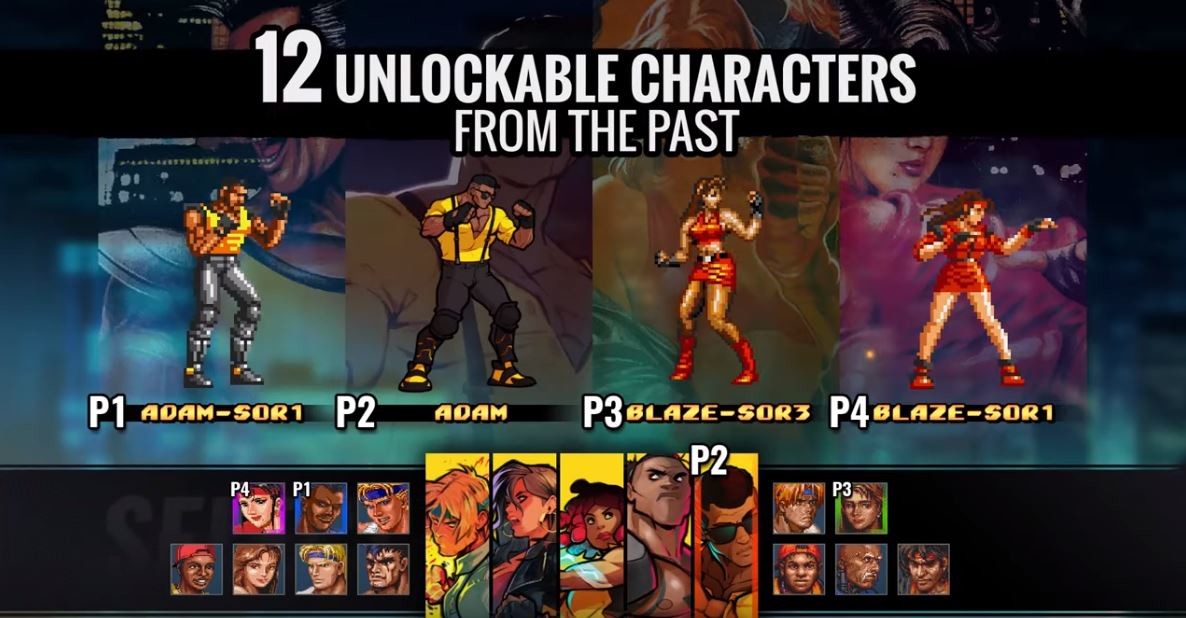 Lizardcube have released some news about Streets of Rage 4 on Twitter. The upcoming beat-em-up title will have something to offer fans nostalgic for the older versions of the game series. There will be 12 characters from the past Streets of Rage games available to be unlocked by players. Characters shown in the reveal included Adam Hunter, Blaze, and Axel. There are multiple versions of the characters from their respective games. They also come with their own unique move sets and abilities.

These characters are in addition to five new leading fighters. So, in total the playable character roster has 17 fighters to choose from.

You can also play while listening to the old music from previous games. The original soundtracks from Streets of Rage 1 and 2 are available. This means that players can switch between soundtracks while playing.

Streets of Rage 4 will be available on PC, PlayStation 4, Xbox One, and Nintendo Switch. For those with Xbox Game Pass, Streets of Rage 4 has already been confirmed to be joining the library. Classic Editions and Standard Editions are already available on PlayStation 4 and Nintendo Switch to pre-order. The price is confirmed to be $24.99 according to the trailer. Physical copies of the games are currently listed on Limited Run Games with prices set between $34.99 and $59.99 depending on which version you pre-order.

We're aware that a release date has leaked earlier. Right now we aren't able to confirm this will be the correct date.

We apologize for the confusion and we'll keep you updated as soon as possible.

You may Steam wishlist to be notified on release day: https://t.co/rGA5LR5Qmv

There is no official release date as of yet, but the Australian Nintendo eShop was rumored to have the release date as April 23rd for a while, before reverting back to coming soon. Although Lizardcube confirmed they knew about the leak, they cannot confirm if this is correct, but promise to deliver more information soon.