In March, Nokia released new versions of its Nokia Drive and Nokia Transport apps for its Windows Phone-based Lumia devices, adding with a number of new features. Now it looks like we can expect yet another new update for those apps very soon. The Russian-based website WP7Forum.ru (via WMPoweruser.com) claims to have received information and screenshots from the in-development app updates. 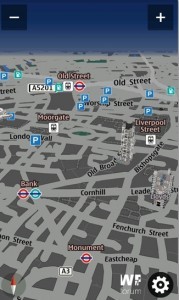 For Nokia Drive, the next update will bring its version number to 3.0. The story claims the new version of Nokia Drive will be able to learn which particular route you like to drive based on your own driving patterns. Nokia Drive 3.0 is also supposed to offer up live traffic information inside the Windows Phone live tiles. Users will also be able to manually adjust any routes displayed on Nokia Drive.

The next version of Nokia Transport will boost that app's version number to 2.0. It will add the ability for users to find any nearby public transit stops based on the user's location. It will also add an advanced search feature, a way to save your query history and added support for public transportation routes in 87 countries.

So far, Nokia has not yet revealed any official details on Nokia Drive 3.0 or Nokia Transport 2.0 so while this information seems accurate, do take it with a little grain of salt until Nokia makes it official.