Windows Live Documents will replace the existing Office Live Workspaces service, which provides users with online access to their documents and facilities for sharing work with others. The current online applications will be replaced with the free offerings of the new Office Web applications - lightweight versions of Word, Excel, PowerPoint and OneNote which allow users to create, edit, and share Office documents though a browser.

In an attempt to simplify and improve user experience, Office Live merged with Windows Live earlier this year meaning that all the current Office Live services will eventually be delivered through Windows Live. Windows Live Documents is thought to store your files through SkyDrive, which already acts as the storage for services such as Windows Live Photos.

This screenshot of an internal testing website by LiveSino.net and shows the two new services added to the standard Windows Live header. It also shows that the link to Windows Live Events has been removed as the service is set to "retire" next year.

Windows Live Devices looks like it will replace Live Mesh, a service that synchronises files between different devices and an online storage space. The features look pretty much the same, such as synchronisation and remote desktop access, and should be available by downloading some software to your PC, Mac or mobile phone. The new software may be in the form of an updated version of the Windows Live Sync software and the online storage space - currently known as your Live Desktop - may be replaced by Windows Live SkyDrive.

LiveSide point out that digital photo frame tool Windows Live FrameIt is expected to be integrated with the rebranded service as well. Along with the Office Live team, the Live Mesh team also moved into the Windows Live Group earlier this year. 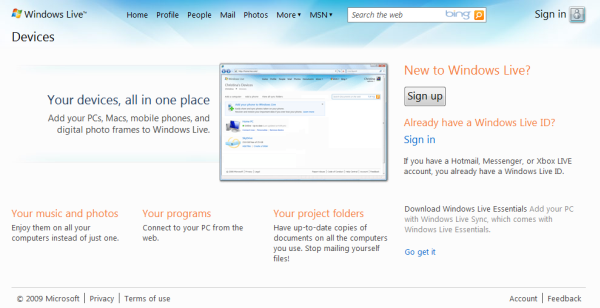 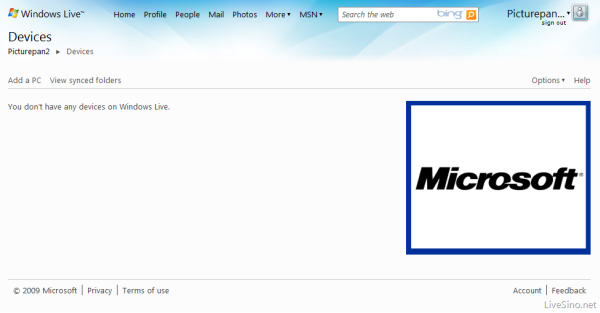 Windows Live Documents and Windows Live Devices will join the line up in October when public beta testing is expected to get under way. According to our sources, milestone 1 has already been reached internally and the final release of Wave 4 is expected around the same time as Office 2010 launches, in Q2 of next year.