It has long been suspected that Apple will take the next step in cellular communication by including video chat support in the next iPhone OS SDK (much like Saygus is planning with their upcoming VPhone for Verizon Wireless). Up until now, there hasn't been any concrete evidence to support this theory, unless you count the leaked photo of the alleged iPhone 4G's front panel, which has a strange, unknown, reflective rectangle above the earpiece. However, new evidence has been revealed, leading us to believe that iChat is, indeed, coming.

According to 9to5mac, there have been video call icons, along with video and iChat references, found in the new iPhone/iPad OS 3.2 SDK. Since the iPad will be lacking a front facing camera at launch, we can only assume that the iPhone will be the first of Apple's toys to debut the iChat technology. Below is the evidence: 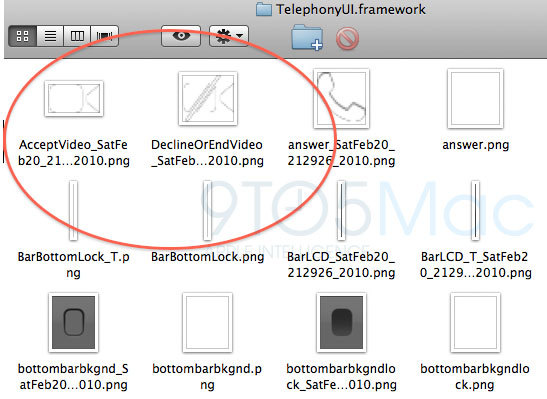