Microsoft today showed off many of the exciting new consumer-focused features coming in Windows 10, including its next-generation Project Spartan web browser and new touch-friendly Office apps. We also got our first look at the new OS running on smartphones and small Windows tablets. 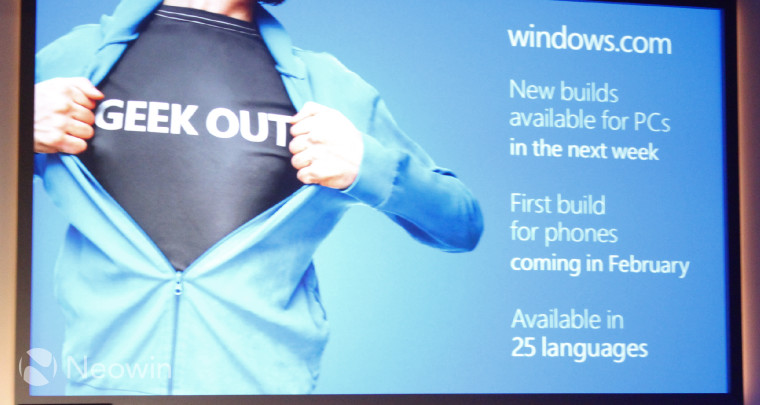 But the question on everybody's lips remains: when can we get our hands on all this cool stuff?

The new build of Windows 10 for PCs will be first to arrive - Microsoft says that it will be available "in the next week". But the wait for the first preview of Windows 10 for phones will be a bit longer - as we reported yesterday, it won't launch until February.

There's some good news to hold on to while you wait though: Microsoft says that the preview builds - both for PCs and phones - will be available in 25 languages.