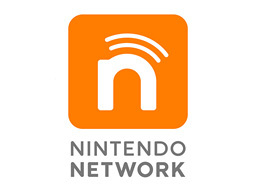 Nintendo has always been behind Microsoft and Sony in terms of developing a robust online gaming service for its various consoles. However,  this week Nintendo announced plans to launch a new service, the Nintendo Network, that looks on the surface to finally be Nintendo's answer to Microsoft's Xbox Live and Sony's PlayStation Network.

The Nintendo Network will first be used for the company's Nintendo 3DS portable game console. While no game titles were announced that would support the new service, Nintendo did say that the recent Communities feature in the 3DS game Mario Kart 7, where players can set up their own rules for online racing with their friends, is just one example of what could be supported by games in the new Nintendo Network.

Nintendo expects that the new service will offer downloadable add-on content for games. The company is also "considering" offering full games via download from the service but has not yet decided on when it might launch such a feature.

The Nintendo Network will also be a part of the company's upcoming Wii U console, which is currently scheduled to be launched before the end of 2012. Wii U users will be able to use  "a personal account system compatible with Nintendo Network." This sounds like it will be similar to Xbox Live's Gamertags.

While it remains to be seen how this new system will really work on the Wii U, it's clear that Nintendo plans to offer up an online service that will be much closer to the experience that Xbox 360 and PS3 owners already have.