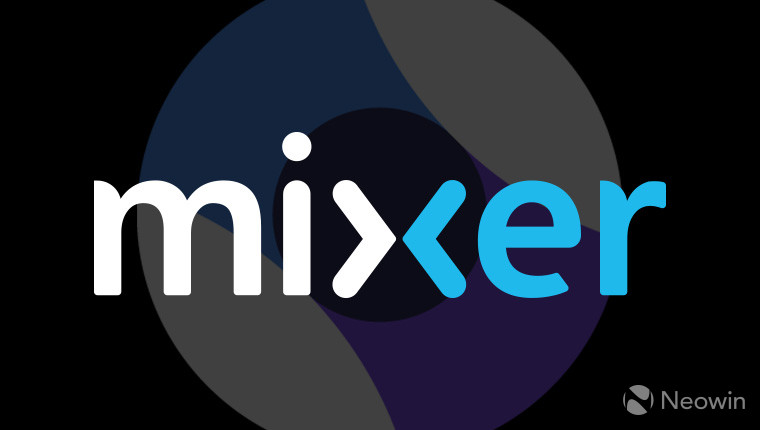 Back in August of last year, Microsoft acquired interactive live-streaming service Beam for an undisclosed sum of money. Later on, the service introduced Xbox Live logins as an alternative to the existing method, at the same time receiving a logo change. Now, a few months later, Microsoft is also changing the name of Beam to Mixer.

In a blog post on Xbox Wire authored by Mixer Co-founder Matt Salsamendi, the intention behind the name change is revealed:

Why the name change? This was a tough decision, and not one that we made lightly. But, it was something that we decided on as a team. We believe so much in the power of the platform and want to grow it in every major market around the world. Unfortunately, that wasn’t something we could do with the Beam name. We chose Mixer as our new name because it represents what we love most about the service….how it brings people together.

The new name also brings a slew of enhancements to the interactive live-streaming platform. Because it allows viewers to interact with the streamer in real time, sans the usual 10-20 second delay found on Twitch for example, Mixer can take advantage of a feature called Crowd Play, which is available in Telltale Games' Guardians of the Galaxy: The Telltale Series, The Walking Dead: A New Frontier and BATMAN: The Telltale Series. With this, at key points in the story, the audience can actually express its preference for certain choices in real time (integration shown in the picture below).

Beyond Crowd Play integration, Mixer will also debut what's called Co-Streaming, which allows for up to four people to "combine their streams into a single viewer experience". In essence, all four videos will be displayed in split screen fashion on a single Mixer page, which also features a "centralized chat experience".

The interesting thing is that the four folks who are engaging in the co-stream don't even have to be playing the same game, neither are they required to be doing the same activities. While this sounds interesting, it may cause some problems due to the unified nature of the chat.

Mixer integrates with both Windows 10's Game Bar and the Xbox One Guide; however, Co-Streaming is currently available as a capability online. The ability to invite friends into a co-stream via the Xbox One Guide will arrive "in the coming weeks".

Also announced is something called One Channel which is an "always-on, moderated channel of content", giving users an overview of what's happening across the platform. It's not clear how this is going to be accessible.

Along with the other features, a Mixer Create app will show up in beta for mobile devices. Keep in mind that the app will be made available for Android, as well as iOS, although there's no listing for the beta in the App Store at the time of this writing. The older version - with simply its name changed - is still available though. Regarding it capabilities, the blog post reveals:

Mixer Create is a new mobile app that enables self-broadcasting, and we’re kicking off the beta today. Soon thereafter, we’ll add the ability to stream live gameplay from your mobile device as well.

Once Mixer Create's mobile game streaming launches, you'll also be able to join a co-stream, regardless if other members of it are streaming from PC, another mobile device, or from a console.

Speaking of consoles, the Xbox One Dashboard is going to a get a so-called "Mixer Page" (pictured above), which you will be able to try today if you are an Xbox Insider. This will give you access to a curated list of "the most unique, popular and engaging streams that are broadcast on Mixer".

Because it really wants the platform to grow, Microsoft is also making Mixer the best place to watch its E3 Xbox Briefing this year:

We’re also committed to making Mixer the premier place to watch Xbox at E3 June 11-15. Today, we’re excited to announce that Xbox will be broadcasting the E3 briefing in 4K Ultra HD, with a special edition Mixer 4K broadcast for those with a 4K A/V setup ready to go. And, there will be some special digital bonuses for those watching and signed in on Mixer. Be sure to create your account in advance so you don’t miss out on any of the fun.

To coincide with the relaunch there is also the Mixer NYC Studio - located at the flagship Microsoft Store in New York - , geared towards "live audience, competitive and community gaming events". The digital production studio also features:

In closing, the Mixer team also pointed out the schedule of its livestream which celebrates the launch of the service. As can be seen from the picture above, everything will kick off on the official Mixer channel on May 25 at 11 AM PT, 2 PM ET.

At the start there will be a stream from Microsoft's Redmond campus, followed by a gaming marathon including Forza Motorsport 6, For Honor, Rocket League, Gang Beasts, and Overcooked. Beyond the marathon, Microsoft stores will be holding "Forza Motorsport 6 tournaments, giveaways and more."

For those curious what other features will be coming to Mixer - beyond the ones exposed in the blog post - the About page does give out some specifics:

Do you use Beam / Mixer? Do you prefer it over Twitch? Sound off in the comment below!