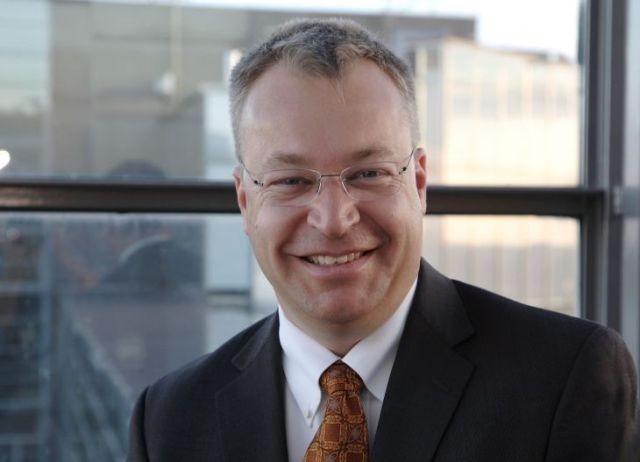 Nokia is one week away from holding a press event in London, where the smartphone company is expected to reveal some new Lumia devices that use Microsoft's Windows Phone OS. At least one of those new smartphones, the Lumia 928, has already been promoted on a billboard well ahead of next week.

So it's not exactly a shock to hear that Nokia CEO Stephen Elop is saying that the company will be sticking with Windows Phone for its Lumia products. Reuters has a new quote from Elop that he gave to reporters ahead of a company shareholders meeting today. He stated:

We make adjustments as we go. But it's very clear to us that in today's war of ecosystems, we've made a very clear decisions to focus on Windows Phone with our Lumia product line. And it is with that that we will compete with competitors like Samsung and Android.

The last bit about Nokia competing with "Samsung and Android" is a little interesting. Elop and Nokia could see Samsung and its popular Galaxy S line of Android smartphones as the biggest threat to the Lumia family. Microsoft didn't show any other Android phones in its latest Windows Phone commercial that comically pits Apple's iPhone fans against supports of Samsung's Galaxy phone while a couple of people with Lumia 920 smartphones watch the carnage.