Nokia announced quite a few new and upcoming products at Nokia World earlier this week but there was one device that was previously rumored that was not mentioned at all. That's the 5-inch Lumia 929, which was leaked via press renders earlier this year and is rumored to be coming to Verizon Wireless sometime in November.

This weekend, a member of WPCentral's forum, "Falorin" has posted up what he claims is a photo of the Lumia 929, along with a quick 45 second video showing the phone in action. The video clip shows the settings and About screen of the device and we also get a good look at the case design, which has a rounded back but a typical Lumia square front. 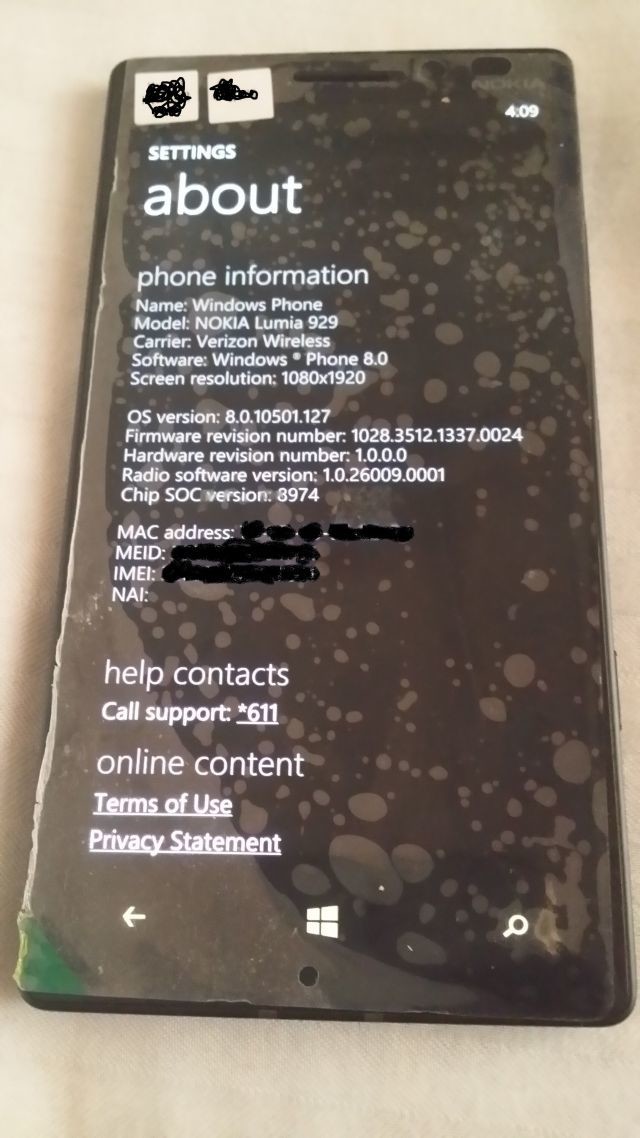 The photo shows that the screen of the Lumia 929 supports a 1920x1080 resolution and that it is using the "Update 3" build of Windows Phone 8. Previous rumors about the device claim it will have a 20 megapixel rear facing camera and a Qualcomm Snapdragon 800 quad-core processor.

"Falorin" claims in his post that Verizon should start selling the Lumia 929 sometime around Thanksgiving, which would mean we are still a month away before it will be released.

Update: The video has now been removed