Pre-orders for the Nokia Lumia 930 opened in the UK this week, ahead of the new Windows Phone 8.1 flagship's availability there on July 17. At the UK launch in London, Microsoft confirmed that the 930 will not be going on sale in the US - but while there are no official plans to launch it there, the opportunity remains open to third-party retailers to satisfy demand.

Expansys USA is now selling the Lumia 930 for $699.99, with all four color options available - black, white, green and orange - although delivery times differ between them. The handsets are unlocked, so you can use them on whichever carrier you choose, but be sure to check that the device will support the 3G/4G bands used by your carrier before you buy. 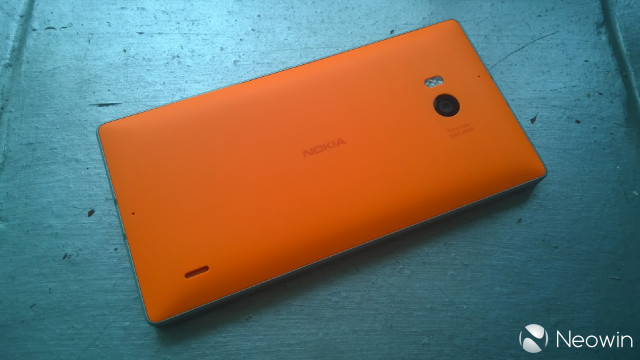 Do not make the mistake of underestimating how orange the orange Lumia 930 is. It's really orange.

The Lumia 930 is, in a sense, already available in the United States officially, albeit under a different name. It is sold exclusively on Verizon in the US as the Lumia Icon, but that handset is virtually identical to the 930, although the 930 comes with Windows Phone 8.1 and the latest 'Cyan' firmware pre-installed.

Like the Icon, the 930 fills a 'sweet spot' between the 4.5-inch Lumia 92x family, and the gigantic 6-inch Lumia 1520 sold on AT&T. Growing demand for larger screens has left the 92x range looking and feeling a bit small in the face of its competition, but the massive 1520 is perhaps a bit too big for many users. The 5-inch 930 fills the gap between them nicely, but unless you're willing to buy the Icon on Verizon, your only other option in the United States is to purchase the 930 at full price via a retailer like Expansys.