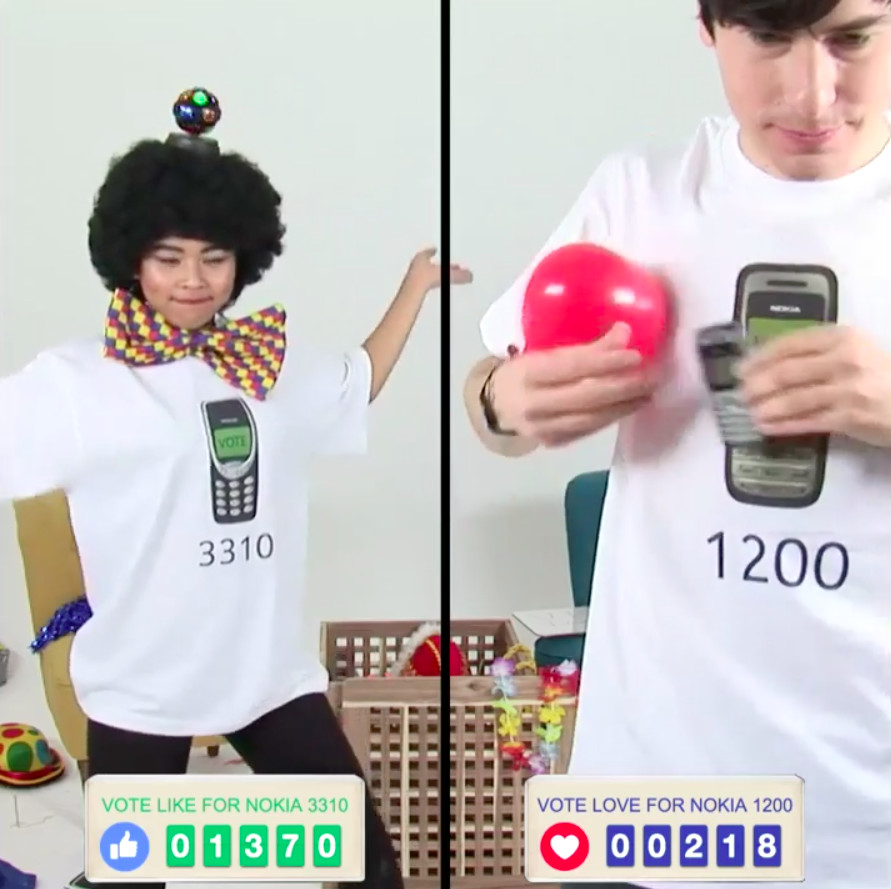 The Nokia Mobile Facebook page is having a competition pitting the legendary Nokia 3310 against the Nokia 1200. The handsets are being represented by individuals who are vying for your votes. At the current time, the majority of points are going towards the beloved 3310. But you can certainly turn the tide by casting your vote and joining in on the conversation.

It was recently discovered that Nokia would be announcing a trio of handsets at Mobile World Congress and this could be a subtle promotion for the revamped 3310 that is expected to debut at the event. If you'd like to show your support for either of the handsets, you can hit the source link below.