You probably know that we fell in love with the N9. If you didn't, you should probably read our review of the phone. Now, one month on, I'm going to take a look at if the device has enough power to hold our attention away from those mouth watering new Android 4.0 devices and the Windows Phone 7.5 hardware.

Earlier this month, Nokia released the first in a series of updates for the Nokia N9 -- PR1.1 -- which is still rolling out to devices around the world. My N9 got the update two weeks ago, and I was surprised not only by the swift release by the Nokia team, but additionally how many improvements they'd made to the platform already, compared to the wait time for updates. Other platforms (Android, Windows Phone) waited a long time for similar small issues that were fixed in this update to be addressed. 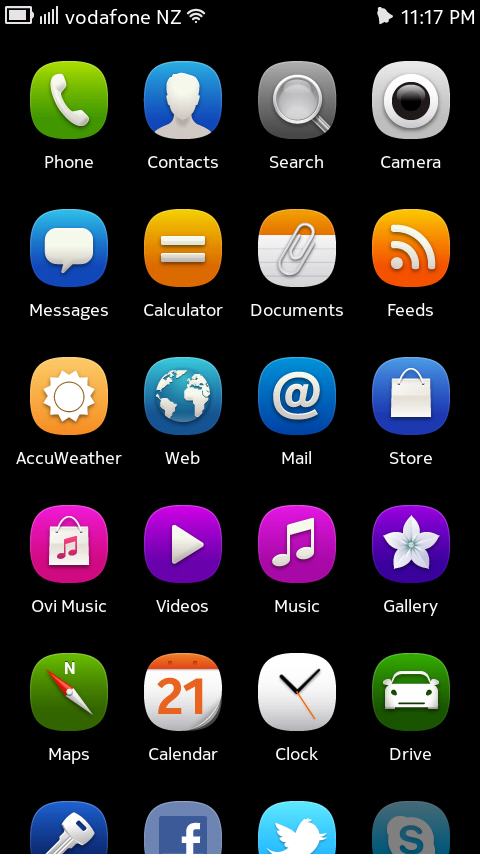 In our review, we highlighted the sheer speed of the platform, but noted that it had strange slow downs and lock ups OS-wide from time to time for no specific reason. The update fixes this, completely. The Facebook and Twitter applications are now very good and arguably are better than some of the official applications out there for other platforms. On Windows Phone and Android, I'd always found myself using the website more than the application itself, but that's not the case anymore. 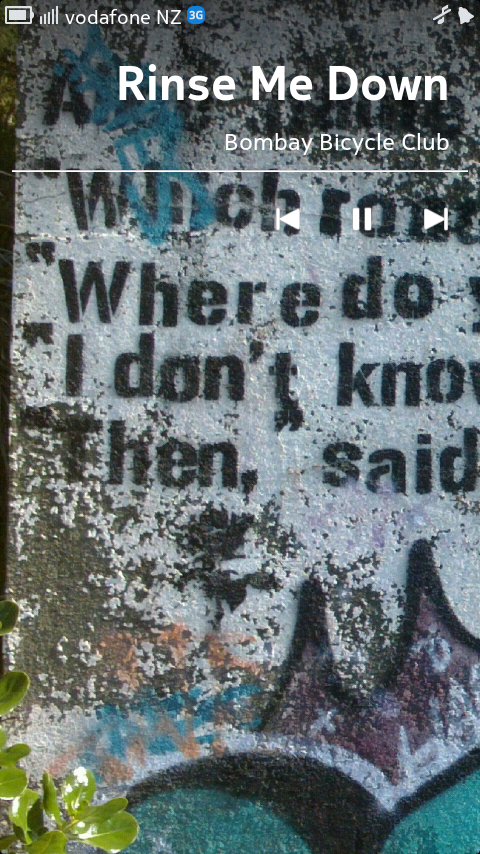 Music is getting better too, they've finally added what everyone else has; music controls on the lock screen. It was a bit frustrating having to unlock and navigate to the music app to skip songs, but no longer! I still wish I could get that Zune Pass music on here somehow though. 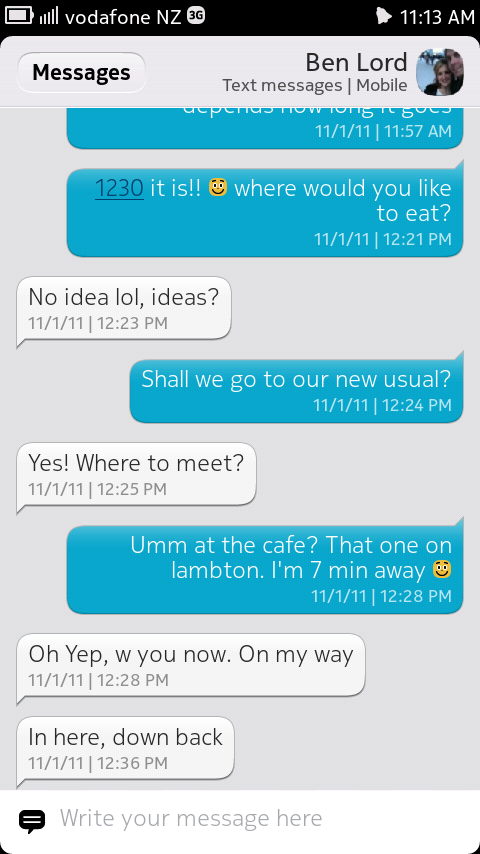 This is much more readable

Small improvements that many won't even notice seem to be the big thing with this update, with Nokia improving thing such as the font spacing in messaging (pictured above) and allowing the user to select a more specific location level for their chat status'. They've also fixed a strange bug in the messaging application; previously it was extremely hard to hit the right spot in the input box to bring up the keyboard, you had to hit it in just the right spot by the bubble icon. Now, you can click anywhere. Hooray!

There's also Swype onboard now too, however I only used it briefly before turning it off, as I was always a fan of just stabbing at the screen instead of scribbling and hoping it could figure out what I'm saying. However, fans of the software from other platforms might find this an attractive option. 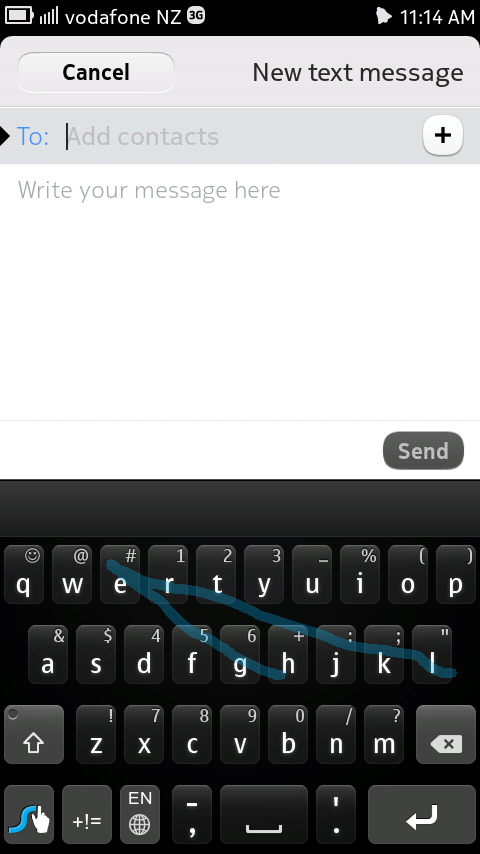 Finally, noise cancelation is an option now, and in the tests I tried it performed excellent. Walking around in noisy areas (such busy city streets) were relatively quiet, and the caller at the other end could hear with ease. The N9 features dual microphones for fantastic noise cancelation.

It's obvious that I was already in love with the N9, but it wasn't clear if that was enough to keep me from other platforms, considering the rate that they're being released. The fact that Nokia continues to update the N9 is a reassuring thing. 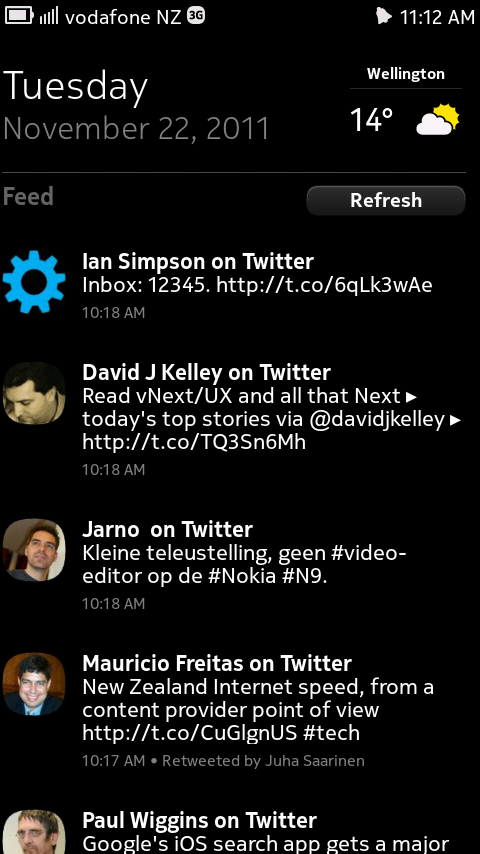 The N9 is a polished OS, and the polish is end-to-end. The update continues this experience. Android is almost the opposite. To quote a excellent review of Ice Cream Sandwich, the problem with Android is that the OS is too complicated and "what people mean when they say they don’t "love" their phones’ OS is that they don’t understand it." The N9 doesn't suffer from this. It's simple, intuitive and universal.

The feeds feature is beautiful (and grew on me over time). It's a great way to keep up with everything in one place when you've got a moment and have been away from the internet for a few hours. The Twitter and Facebook application integration here is fantastic, too, with a quick tap bringing up a reply option to the tweet or Facebook status.

Another issue with the N9 in its original state was the lack of a fully featured browser, and it wasn't clear if Nokia was going to update the browser in the future to pack more punch (it's actually pretty good right now, but could do with some better standard support). With PR1.1, we were able to successfully load on Firefox (which is in beta) and the browser impressed to no end. It's got tabs, sync and is faster than expected. It really is fantastic to see other options coming to the platform.

I fell in love with universal search. The OS indexes everything; emails, contacts, SMS, chats, applications (and their contents), web history and more. Searching for any ​keyword will return a result, and fast. The iPhone obviously has this in the form of Spotlight, however this is the first time a real competitor seems to have come along.

While many news outlets are claiming that the Nokia N9 and it's MeeGo innards are dead, we're not going to tell you that. In fact, it's quite the opposite. MeeGo is still being actively worked on, we saw it with our own eyes last month. There are new features inbound already, in PR1.2 and 1.3 and upwards. We've even received exclusive proof that PR1.2 exists, as seen in the screenshot below. 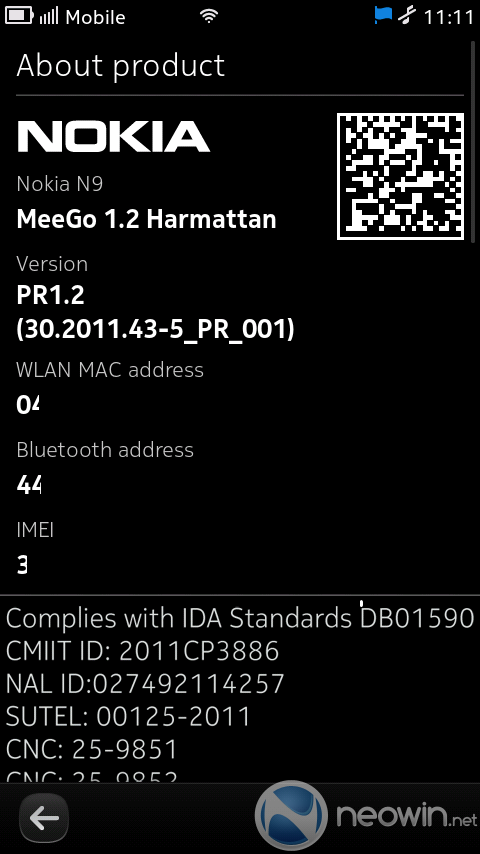 Our love for the N9 did not fade over time. It stayed. Sure, it might be frustrating to be missing a decent IMDB application, but the web browser works fine. It might not be a "well supported" ecosystem, but do you really need a ton of applications? For this writer, the answer is no.

​As someone who's a self-confessed Windows Phone fan, I'm still bewildered as to how this device won my attention, let alone managed to keep it.

​Sure, the phone might have flaws. The ecosystem might be dead. It might be different from everything else out there. ​I don't care. ​The N9 is one of the best mobile experiences that just works consistently, across the board. The hardware is beautiful, and it's fun to use. I'll still be in love with the N9 for a long time.