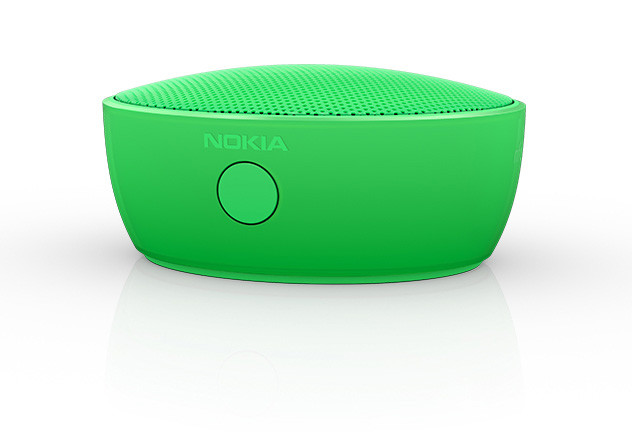 Nokia revealed some new Windows Phone 8.1 smartphones today; the Lumia 930, 630 and 635. However, the company had one more new product to announce as part of its press conference earlier today in San Francisco. It's a new mini-wireless speaker called the MD-12.

In a post on Nokia's official blog, the company offered some more information on the MD-12, which it says is about the same size as an apple. It states:

With a built-in vibrating actuator located on the base, low frequencies (read: heavy bass) are created when placed on most surfaces, especially hard ones, delivering a surprising amount of bass for such a compact speaker- in fact, it’s rather fun experimenting with different surfaces.

The speaker can last up to 15 hours on battery power and can connect to smartphones such as its own Lumia products via NFC (Near Field Communication) or by Bluetooth. As with many of Nokia's products, the MD-12 will come in a variety of colors, such as green, yellow, orange and white.

The speaker will cost 39 euros, or about $54. However, Nokia has yet to announce a release date, By the time the MD-12 comes out, Nokia's Devices and Services division may have been acquired by Microsoft.