The long-awaited unveiling of Nokia’s first Windows Phone handsets will finally come this week at the company’s Nokia World conference in London. But while the marketing push for the new devices has already begun in the UK, it appears unlikely that Nokia’s Mango-powered handsets will launch in the US before 2012.

Leading advertising and marketing publication Ad Age notes that while Nokia has engaged London-based digital agency Inferno to promote its new devices in Europe, it's still shopping around for an agency in the US – specifically in and around San Francisco. The publication confirms that Nokia's US marketing campaign will get under way in 2012, and it's more or less a given that Nokia wouldn't launch its new handsets in the US without a major marketing push to support them.

Details are starting to emerge of what that campaign might look like. The basic concept is called “Amazing Everyday”, which aims to engage buyers with the idea that “hidden away in the everyday landscape are billions of little adventures”.

Ad Age calls this Nokia’s “global creative idea”, so we could see this theme in the company’s Windows Phone campaigns across other markets. It's certainly better than Windows Phone 7's cringe-worthy launch tagline, "Always Delightful... Wonderfully Mine", which was retired very quickly after launch, and thankfully never heard of again. 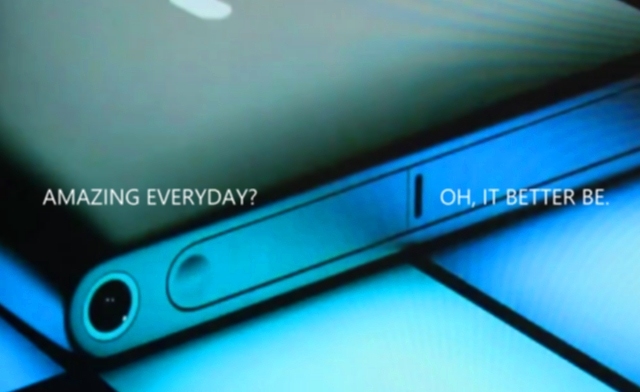 Nokia has long been heralded as the savior of Windows Phone, which has so far struggled to gain traction in the market. Given that its iOS and Android rivals have recently upped their game with major new OS updates and shiny new hardware, the prospect of a US delay until 2012 for Nokia’s first Windows Phones is not a good one.

One Nokia executive said that “Nokia needs to protect its foothold in Europe before it can even think about other markets”. That’s an understandable position for a company that’s risking everything putting all of its eggs in the Windows Phone basket.

But let’s not kid ourselves, the Windows Phone platform itself doesn’t have much of a foothold to protect yet – and without a more aggressive and immediate marketing and sales push, especially in Microsoft’s home market, the fight to make Windows Phone (and Nokia) relevant to smartphone buyers will only get harder.