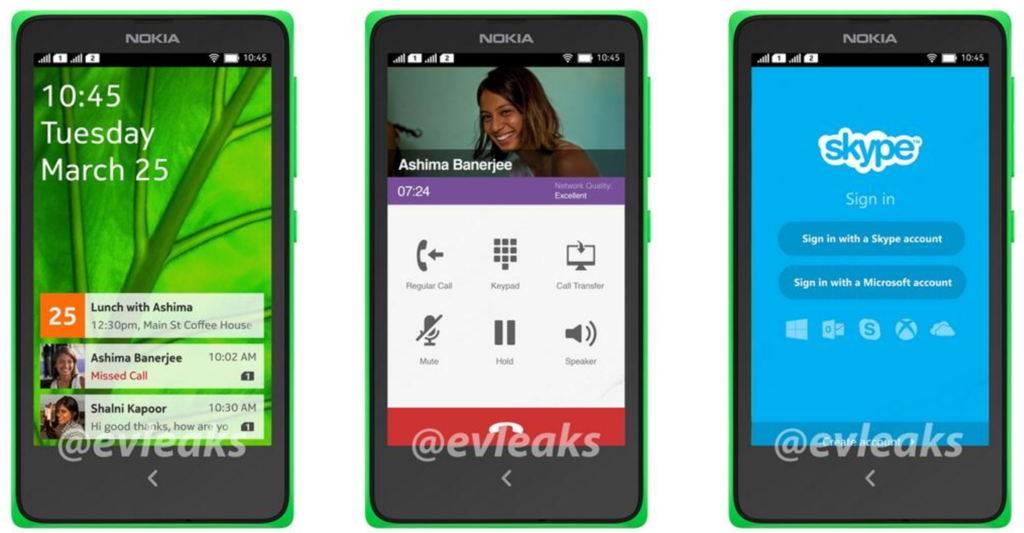 It has become clear that Nokia was, at least at an early stage, exploring the idea of shipping a device with Android installed. Rumor has it that these prototype devices are what spooked Microsoft and caused them to buy Nokia’s smartphone unit.

Over the past few weeks, we have been getting a look at the hardware and software that could have been, if Nokia eventually shipped a phone running the Google based OS. Thanks to the flow of leaks from @evleaks, it looks like we have even more screenshots to gain a better understanding of the intentions Nokia had with Android.

The device certainly has a Nokia look and feel to it and it seems clear that the company was going to add their own touch to the device and not simply ship a stock version of Android. This isn’t a major surprise as Nokia has been doing as much customization as possible (shipping several exclusive apps) with its Windows Phones to help separate them from the pack.

It looks like the phone has a dual SIM setup which likely means the Android device was set for the Asian or African markets where dual-SIM phones are more popular. But, seeing as Microsoft know likely owns this phone (once the deal is officially closed), we would bet that it will likely never see retail shelves.

You can see inspiration from Windows Phone too on the lock screen and dare we say even a dash of N9 flavor as well. Of course, this is not a complete walkthrough of the OS but does give us a small glimpse of where Nokia was headed with Android.