The RedMagic family of phones has been known for its over-the-top approach to mobile gaming, offering some features you can't find on the average phone, like an internal cooling fan. But that typically comes at the expense of some comfort, since RedMagic phones tend to be thicker and heavier than more mainstream ones. To address that, nubia today announced the RedMagic 6R, a gaming smartphone for the rest of us.

Compared to the RedMagic 6, the RedMagic 6R is almost 20% thinner, going from 9.7mm to 7.8mm. It's significantly lighter, too, weighing 186 grams, down from the 220 grams of the existing model. Of course, that comes with some sacrifices, starting with replacing the glass back with a plastic one, and removing the signature RGB lighting effects.

Like the existing RedMagic 6 and 6 Pro, the RedMagic 6R packs top-of-the-line performance, with a Snapdragon 888 chipset, up to 12GB of LPDDR5 RAM, and 256GB of internal storage. But unlike those phones, it cuts back in some other areas. For example, there's no internal cooling fan here, which saves some space on the inside of the phone. Instead, the phone relies on vapor chamber cooling.

The display now has a 144Hz refresh rate instead of the ground-breaking 165Hz, and the touch sampling rate is 360Hz, whereas RedMagic touted 500Hz for single-finger use on its previous models. It's still a Full HD+ 6.67-inch AMOLED panel, though, and the company promises 10-bit color depth and full coverage of DCI-P3. 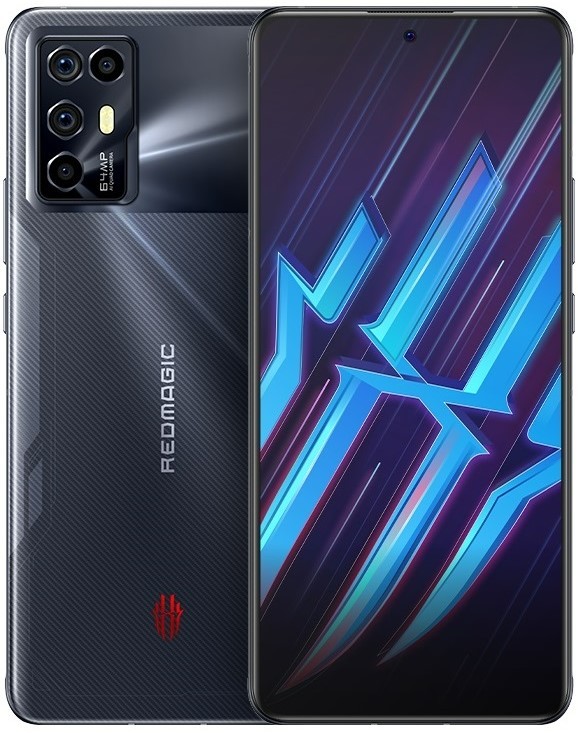 The RedMagic 6R does keep some of the brand's well-known features, though, like the touch-sensitive triggers with a 400Hz touch sampling rate. It also runs RedMagic OS with all of its dedicated gaming features like Game Space.

On the other hand, the RedMagic 6R seems to invest more into its camera setup, with four cameras on the back. The main sensor is a 64MP Sony IMX682, with an 8MP ultra-wide camera, a 5MP macro camera, and an unspecified 2MP camera. The selfie camera is also 16MP instead of the 8MP unit of the RedMagic 6, and this time, it's in a punch-hole cutout instead of having a top bezel.

Finally, the RedMagic 6R has a smaller 4,200mAh battery and the global version will support 30W charging, though you can get 55W speeds in China.