The sudden outbreak of the coronavirus has affected a multitude of companies and organizations worldwide. Due to its highly contagious nature, countries and authoritative bodies have started implementing precautionary measures, especially pertaining to the risks of international travel. Big tech events such as the Mobile World Congress and Facebook's San Francisco event have succumbed to these fears, resulting in their cancellation.

To reflect this, many companies have opted to go with virtual events to replace the launches which were supposed to take place at the cancelled events. Sony, for example, has replaced its plans to unveil the latest addition to its Xperia family at MWC 2020 with an online release scheduled to take place on its YouTube channel.

Chinese smartphone manufacturer nubia, on the other hand, has decided to reveal its upcoming Red Magic 5G phone at a local event instead of the afore planned launch at MWC 2020 in Barcelona. The company took to social media platform Weibo to make this announcement. 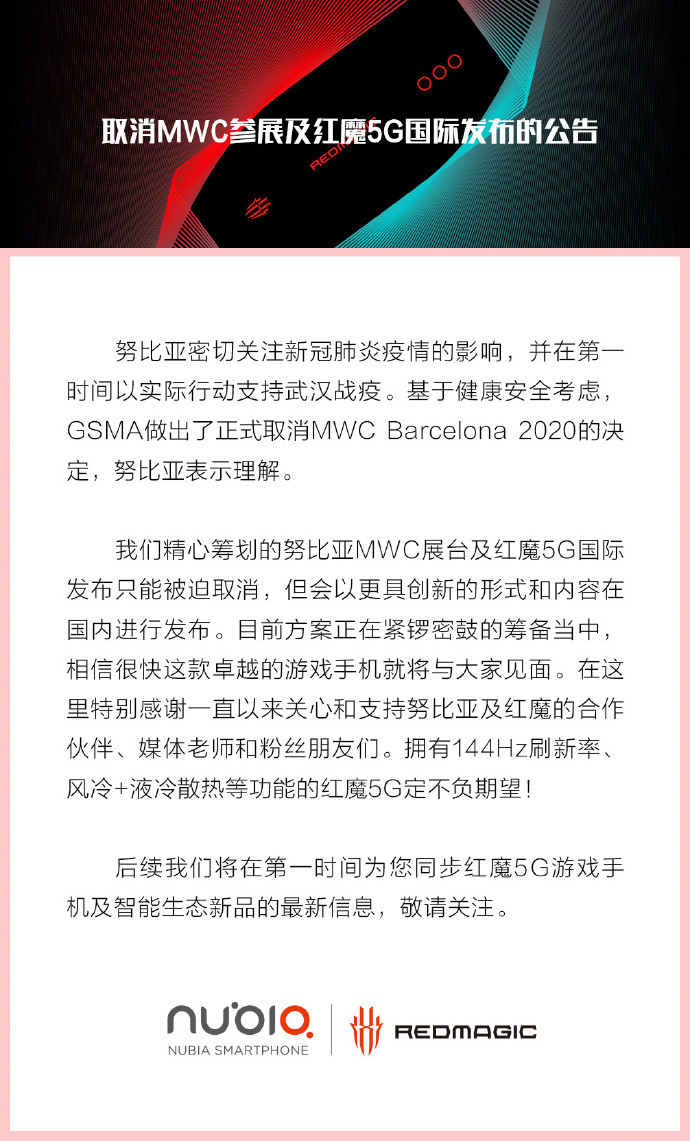 As seen in the official press release (translated from Chinese), the former ZTE subsidiary will release its upcoming 5G gaming phone along with some other smart gadgets in China at some point in the future. The new Red Magic phone is set to be the first smartphone with a 144Hz refresh rate and will come equipped with features such as air and liquid cooling systems, 5G and 80W charging.