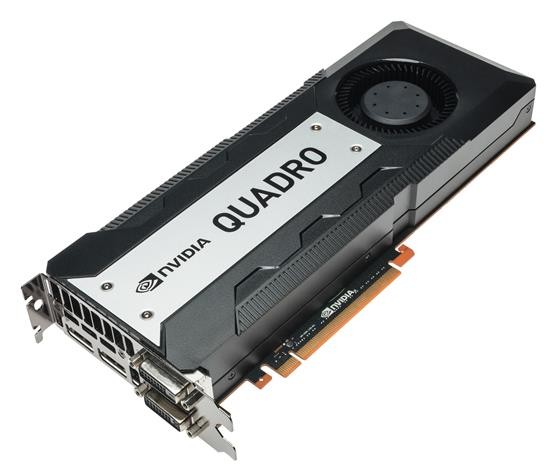 NVIDIA has announced at Siggraph, the annual computer graphics conference, the Kepler-based Quadro K6000. The company says it's "the fastest and most capable GPU ever built" with twice the graphics capability of the Quadro 6000 predecessor. Onboard is 12GB of the "world's largest and fastest" GDDR5 graphics memory, enabling companies like Nissan to load nearly complete vehicle models, for instance. Other specs include 2,880 streaming multiprocessor cores, four simultaneous displays at up to 4K resolution, ultra-low latency video I/O and large scale visualization support.

NVIDIA also made it clear that the memory capacity involved in the K6000 allows previews of scenes with a much more final vision than has ever been offered before:

It’s going to allow artists to preview their scenes much earlier in the pipeline. In this case, with the K6000, it’s all interactive.”

The company has yet to offer pricing for the new card which will be available from this fall, but if their K5000 is anything to go by at around $1800 (on Amazon) and with the initial launch price at $2,249, you're going to need deep pockets to acquire one of these.