NVIDIA first announced their massive GeForce GTX Titan Z graphics card in March, but today the company announced that the $2,999 product is now finally on sale as a stand alone add-on. In addition, a number of PC makers are now allowing customers to add the Titan Z as an option in their desktop rigs. 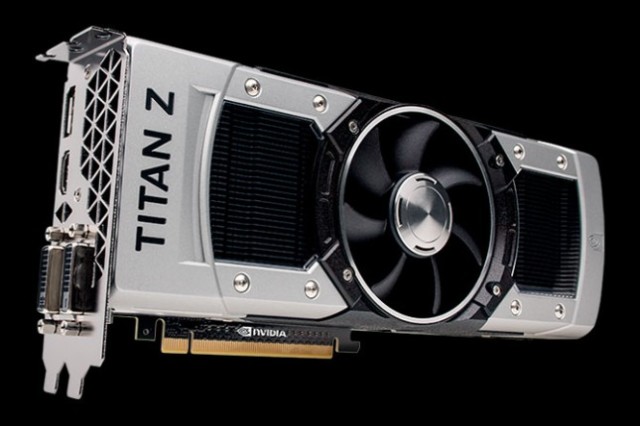 As a reminder, the Titan Z card has two Kepler-based GPUs, which have a combined total of 5,760 processing cores, along with 12GB of GDDR5 dedicated frame buffer memory. All of that hardware is placed inside a shiny aluminum case.

If you are in the market for a new PC gaming rig and want to buy with the Titan Z already inside, both ORIGIN PC and Maingear have announced they are letting customers add the massive card as an option in many of their desktop systems. Origin PC buyers can include the Titan Z in their Chronos, Millennium and Genesis rigs for an upgrade price of $3,251  for one card, or $6,677 for two Titan Z cards.

Maingear is including the Titan Z as an option in its SHIFT, F131, Vybe, Rush and Force desktop lines. It will cost $3,350 to add one of those big cards to those rigs or $6,900 for two Titan Z cards.