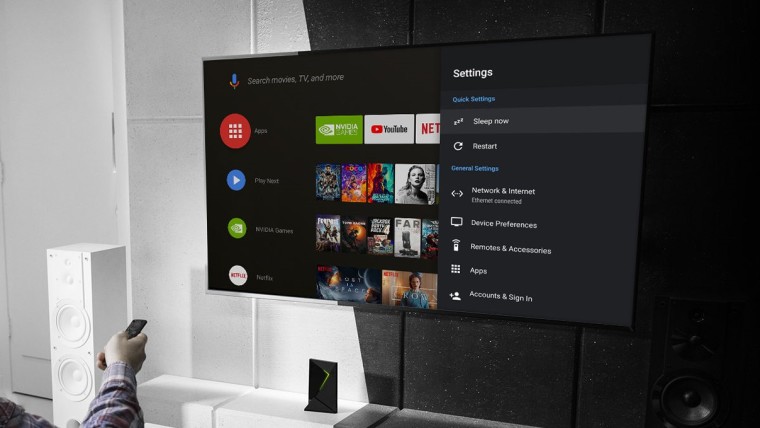 NVIDIA Shield, one of the most powerful and popular streaming devices, is getting a long-awaited update, but it is not Android 12. The Shield Software Experience Upgrade 9.0 comes with the latest version of Android TV 11 for all NVIDIA Shield TVs.

NVIDIA never rolled out Android TV 10 citing a lack of useful features. Instead, all NVIDIA Shield TVs, including the original one which launched way back in 2015, will be upgraded straight to Android 11 from Android 9. There’s no news about Android 12 for NVIDIA Shield yet. However, the latest version of Android TV is currently available to only a handful of devices.

The NVIDIA Shield Software Experience Upgrade 9.0 brings with it new versions of popular apps. These include Gboard, VUDU, IMDB TV, and even Apple TV. Shield TV users will surely appreciate the ability to confidently stream entertainment content at 4K HDR, and search the content using their voice. Google and NVIDIA are also offering users a way to customize privacy across apps using the “only this time” option to grant temporary, one-time permissions.

The update also opens up an easy and reliable way to pair with official Xbox One, Xbox Series X|S, and PlayStation controllers, as well as an Apple TV remote. This greatly extends the flexibility while allowing multiple users to bring and use their own controllers. Needless to add, each of the peripherals will work with their respective streaming apps. This ability also extends to pressable logo buttons on controllers.

Some of the other notable improvements include support for aptX-compatible Bluetooth headsets and codecs that promise reduced latency. The SHIELD 9.0 update includes an updated version of Twitch which enables simultaneous gaming and streaming in high quality.

[Update] The latest Android 11 update for the NVIDIA Shield TV breaks file management apps, which has a cascading effect, particularly affecting Plex Media Server both locally and hosted over the network. The Plex client is unable to find any media after the update.

If you have not yet updated and rely on external storage for media files, you should apply for the Hotfix at the below link and dismiss upgrading for now until you have access to the Hotfix.

For those who have updated their Shield TVs and experiencing trouble accessing their files, the SHIELD Experience Upgrade 9.0+ HotFix Image is now available. NVIDIA is asking affected Shield TV users to fill out a form to avail the HotFix images for 9.0+.