Oculus co-founder Palmer Luckey, the primary inventor of the Oculus Rift headset and its first prototypes, is leaving the company three years after selling to Facebook. 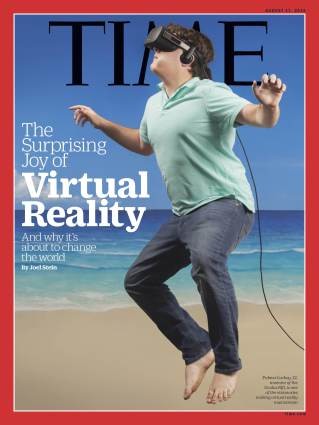 “Palmer will be dearly missed. Palmer’s legacy extends far beyond Oculus. His inventive spirit helped kickstart the modern VR revolution and helped build an industry. We’re thankful for everything he did for Oculus and VR, and we wish him all the best.”

Facebook declined to say whether Luckey's departure was voluntary, citing a company policy of not commenting on internal personnel matters.

Last year, Luckey came under controversy when it was revealed he contributed to a right-wing political group called Nimble America that used online trolling tactics to damage the 2016 presidential campaign of Hillary Clinton. Nimble America's tactics, combined with its support of Clinton's opponent, current US president Donald Trump, sparked outrage in the tech community. In what would be his last post on Facebook, Luckey apologized for his actions.

Luckey remained out of sight for some time, until a lawsuit by ZeniMax forced him into the courtroom earlier this year. ZeniMax alleged that its former employee and current Oculus chief technology officer, John Carmack, brought trade secrets with him to Oculus that contributed to the creation of the Rift. While the jury found that Oculus had not misappropriated any trade secrets, they decided Luckey had failed to comply with a non-disclosure agreement he had signed and awarded ZeniMax $500 million due to copyright infringement and "false designation."

At this stage, Luckey's future remains unknown, and it's unclear who will take on his role at Oculus.