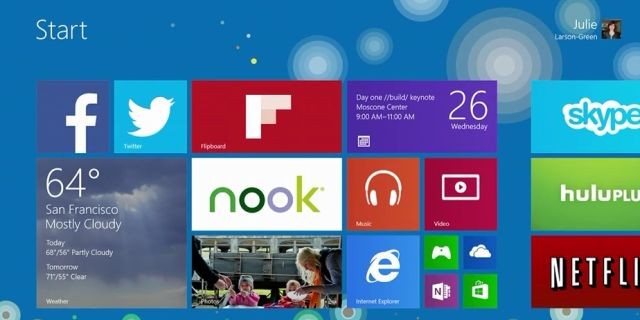 We have been wondering for some time if Windows 8 would get an official Facebook app, and for a while it looked like Facebook and Microsoft were at an impasse on this subject.  Now it appears that that will be happening in the very near future. As part of the company's BUILD 2013 keynote address, Microsoft confirmed that a Facebook app made for the Modern UI is indeed in the works.

Microsoft also announced during the BUILD 2013 keynote that an official Flipboard app for Windows 8 is also in the works. The popular newsreader app for iOS and Android is supposed to be "the best version of Flipboard possible" according to a quote from the company's CEO Mike McCue. Finally, Microsoft announced that the NFL will release a Windows 8 Fantasy Football app for all of you guys who are preparing your fantasy leagues for the new 2013 NFL season.

We have yet to see what these apps actually look like, but during the BUILD keynote the Windows 8 Start screen did show the Live titles for the Facebook and Flipboard apps. We will naturally post updates when we learn more about these apps and when they will be launched.