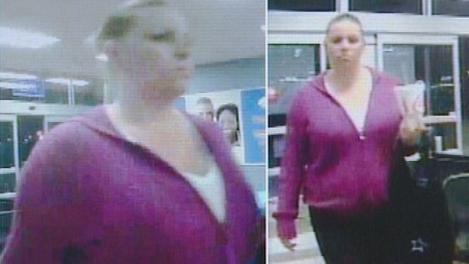 Apple's iPads are always well-anticipated devices, and people are willing to pay over the odds when stock is low, just to be sure they'll get their hands on the latest and greatest from the Cupertino based company. The iPad 3 is no exception, with the highest specification models running at $800.

The floodgates are opened for theft, and Texas now has their own iThief. A woman in North Texas has managed to steal dozens of the tablets across thirty-six cities. Of the targeted stores, twenty eight have been Wal-Mart, and the other eight have been branches of Target. During her time she has managed to acquire over 100 different devices.

Her technique appears to remain constant no matter what store she is hitting. During the early hours of the morning, she fills a shopping cart with groceries, and goes to the electronics department. At the electronics department she asks to buy three iPads. She then is taken there by a worker. As they ring the iPads up, she takes the time to slip them into a bag resembling a book-bag. Once they are scanned, she places the iPads into the book-bag, and informs the clerk she needs to get the rest of the money. She then walks out of the store - and the money isn't forthcoming.

The same woman is wanted in connection with crimes in Oklahoma, as well as North Texas, though her crimes have also occurred in other locations as well. According to the police her current haul is up to $57,000 in iPads alone. Presumably this indicates the models she is 'acquiring' are not the highest-specification on the market, though still command a price premium in the tablet market. If you can recognise the woman wanted in connection with the crimes, AZFamily outlines a contact method with the police.