About a week after Microsoft rebranded its SkyDrive consumer data storage service as OneDrive, the company is now doing the same for its business version. Microsoft has now launched iOS and Windows 8 apps for OneDrive for Business, formerly known as SkyDrive Pro. 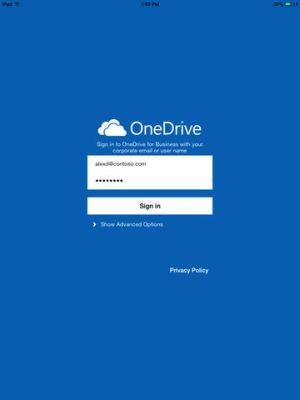 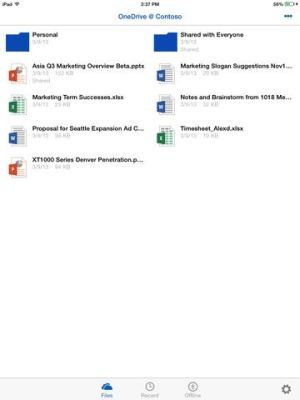 The iOS and Windows 8.1 apps can be downloaded from iTunes and the Windows Store, respectively. They are designed for users of the Office 365 business SKUs. In addition to the name change, the iOS app has gotten a new look for iOS 7, along with an improved login experience and additional types of authentication. The app also includes some unnamed bug fixes. The change log for the Windows 8.1 app looks like an old one from SkyDrive Pro so it's unclear what changes, if any, have been put into this new version.

So far there's no word on when Microsoft will release a OneDrive for Business app for Android and Windows Phone owners. While OneDrive consumer users have just 7GB of free space when they first sign up, Microsoft recently increased the amount of free storage for each SkyDrive Pro user to 25GB, before this week's name game to OneDrive for Business.