The OnePlus 3 is expected to make its entrance relatively soon, although details on the phone have been pretty dry as of late. Last year’s model saw plenty of teasers well before its release, but OnePlus seems pretty tight-lipped about its upcoming flagship. Nonetheless, some leaked benchmarks may give us a look at what to expect from the OnePlus 3.

A Snapdragon 820 processor and Android 6.0 are pretty much par-for-the-course these days when it comes to high-end smartphone flagships, so those come as no surprise. It seems that OnePlus wants to stick with a 1080p display, according to previous benchmarks, which makes sense given the company’s ongoing desire to offer great flagships at great prices. And quite frankly, QHD displays aren’t quite necessary in a flagship… just ask Sony. 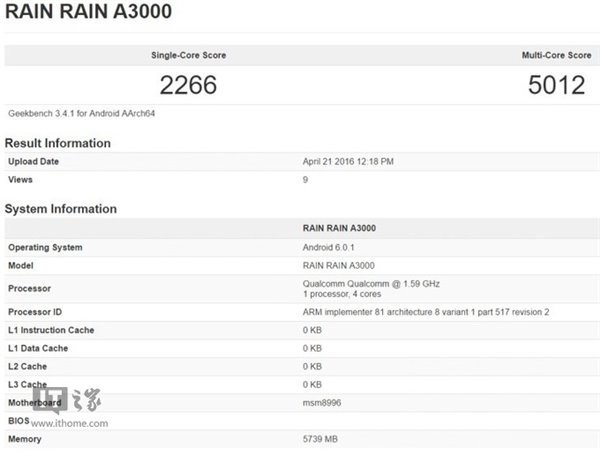 What’s interesting though is the fact that the OnePlus 3 will reportedly come with 6GB of RAM, despite earlier benchmarks pointing to 4GB. Perhaps the company had a change of heart what with the growing number of smartphones sporting ever more RAM. It would also be a logical bump up from the 4GB on the OnePlus 2.

There also seems to have been a change of heart regarding the supposed inclusion of NFC in the OnePlus 3, which the company has purposely left out of the previous two models because people “really don’t use a lot of NFC”. With the growing traction of mobile payment systems, OnePlus probably sees a need to include it this time around.

OnePlus co-counfer, Carl Pei, says to expect a launch by the end of this quarter, which means we may see the device as early as next month or as late as June. Pei has also stated that the OnePlus 3 will come with an improved “buying process”.