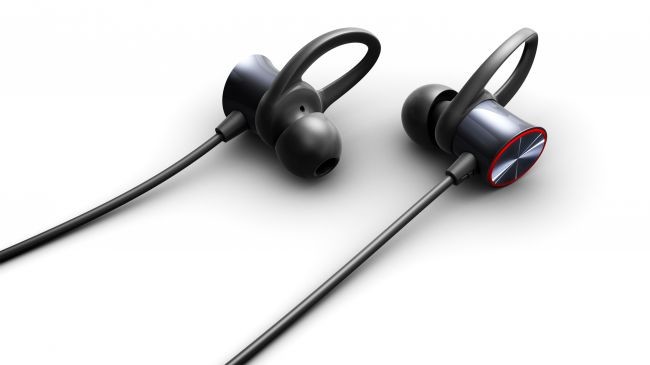 Today, OnePlus was set to announce its new OnePlus 6, but the company started off the event by announcing a new set of Bluetooth earphones, a first for the Chinese smartphone maker. The earphones come with aluminum shells, and they're resistant to sweat and rain.

The OnePlus Bullets Wireless earphones also come with some interesting features such as a magnetic design, which locks the two earpieces together. The earphones will power off when locked together and power back on when separated, resuming music playback where it was left off. On top of that, users can answer calls by separating the earpieces as well.

The earphones also feature fast charging, which according to the company's claims can offer up to 5 hours of playback time with just 10 minutes of charging time, which is done through a USB Type-C port.

The company is also heavily promoting the sound quality on the earbuds, thanks to what the company is calling Energy Tubes, which absorbs the sound waves that might interfere with the sound output, making the audio clearer.

Google Assistant is built into the Bullets Wireless, allowing users to interact with the digital assistant without having to take their phone out of their pocket.

Perhaps the most surprising thing about the earphones is the price, which is just €69/$69/£69, a much lower price than Apple's AirPods or Google's Pixel Buds.