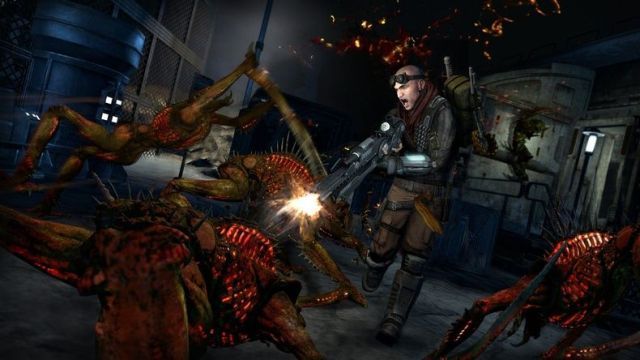 If you want to play the PC demo for the upcoming sci-fi third person shooter Red Faction Armageddon, there will be only one way to do that, at least for the next several days. OnLive has now revealed that it will be the exclusive outlet to play the PC demo for the game from developer Volition and publisher THQ. The demo should be available now by signing onto the OnLive service via a PC and Mac or via the OnLive MicroConsole device connected to a TV. The PC version of the demo will remain an exclusive with OnLive until the launch of the full version of Red Faction Armageddon on June 6.

OnLive's CEO Steve Perlman is quoted in today's press release as saying having the Red Faction Armageddon PC demo  exclusively on the OnLive service is "a milestone for the videogame industry." He added, "Not only is this the first time a major game pre-release PC demo is available exclusively from OnLive, but it’s the first time a game platform is encouraging gamers to buy a game on their preferred platform, whether or not that is OnLive. It shows the ubiquity of OnLive’s patented technology, both as a frictionless way to check out games for all platforms, and as a game platform itself."

OnLive has already announced that it will give people a free OnLive MicroConsole (a $99 value) if people pre-order the full version of Red Faction Armageddon via the OnLive service for $49.95 before the game is released on June 6. They will also get a free OnLive version of the last game in the series, Red Faction Guerrilla, with their pre-order.