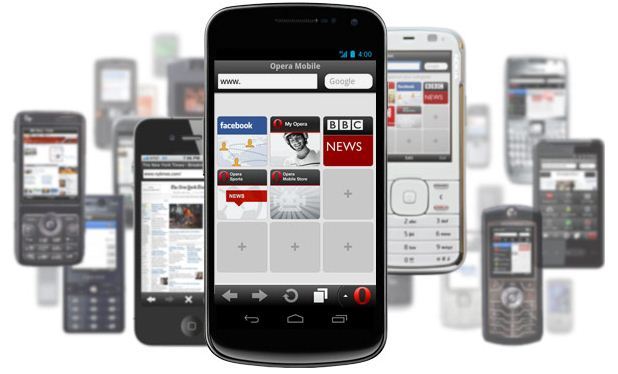 Web evangelist Vadim Makeev, employed by the Russian Opera Software team, has recently said in an interview that Opera would try and bring their popular Opera Mini and Opera Mobile browsers to Windows Phone 8 should the platform support it. As the SDK for Windows Phone 8 hasn't been released yet to developers, despite a planned OS release for late October, he couldn't say for sure would be possible, but he hopes it will be.

Unfortunately, we do not comment on timing. I can say one thing, as soon as the ability to release Opera Mobile/Mini for Windows Phone (SDK in this case) is available, we will immediately do it. That is a full SDK for developing in C, for which we could use an existing generic code written for all platforms. Not with the current SDK for the Windows Phone platform. As soon as it appears, we are porting Opera Mobile/Mini.

As he says above (translated from Russian), the current SDK for Windows Phone 7 does not allow the use of native code, but one of the major features of Windows Phone 8 is that native ("generic") code is supported. This would allow the Opera team to easily port their Mini and Mobile browsers from other platforms without a major re-write.

WP8 is going to ship with a vastly improved browser, Internet Explorer 10, but to have options available for those who desire more features - or just hate Internet Explorer - would be great for the platform. This isn't a confirmation that Opera Mini or Opera Mobile will be available for Windows Phone 8, but at least the Opera team is eager to see their browser on Microsoft's upcoming mobile OS revision.

Via: WMPowerUser
Source and Image: WinPhoneLive | Thanks for the tip FoxieFoxie!