In the past two years, companies have started coming up with numerous ways to maximize the screen-to-body ratio of their phones without compromising on essential features. The infamous notch was the first solution to show up in real devices, but more recently we've seen solutions such as the hole-punch display on phones like the Galaxy S10, or motorized pop-up mechanisms like the OnePlus 7 Pro or the ASUS Zenfone 6. 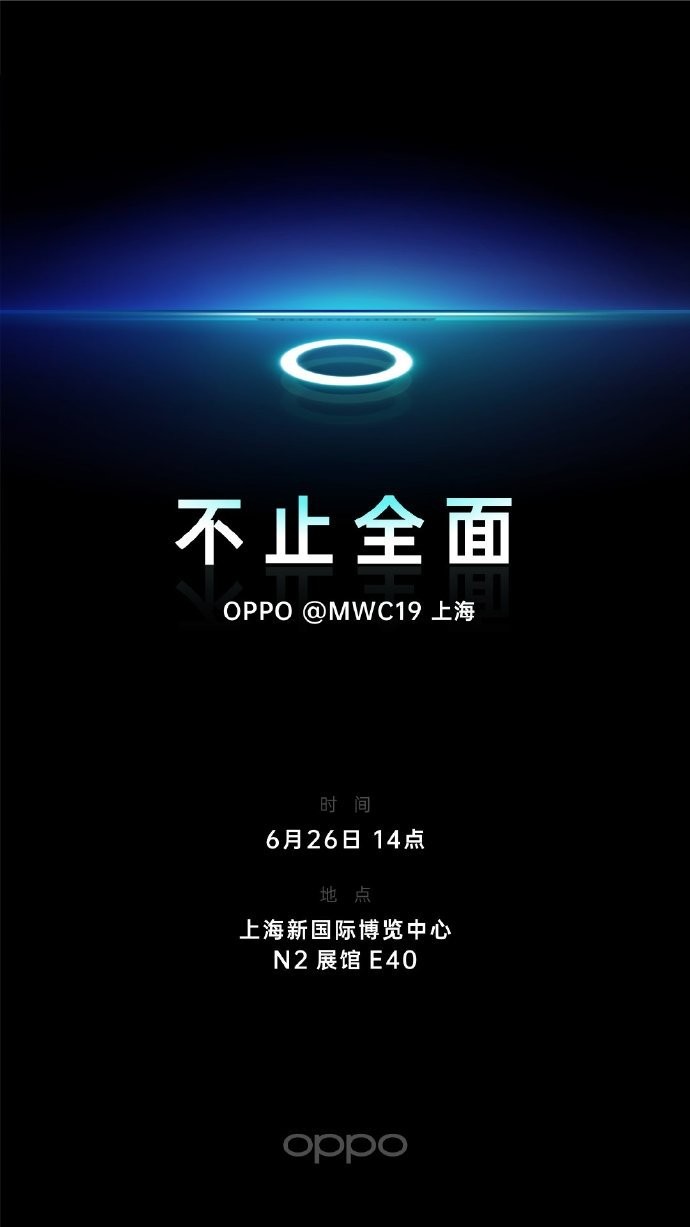 Recently, though, OPPO showed off technology that allows cameras to be placed under the phone's screen, further reducing the need for any sort of cutout or bezel. For the camera to work, the area of the screen around the camera will simply be turned off when taking a picture letting the camera see through the screen.

At the time, no indication was given that a device with this kind of setup would be arriving anytime soon, but that could be changing. According to a post on Chinese social network Weibo (via TrustedReviews), OPPO is teasing an announcement that's set to take place at MWC19 Shanghai, on June 26. The picture shows a light ring on what appears to be a portion of a phone's display, just under the speaker grill, where the camera could be hidden.

The post simply says that OPPO will be showing off the technology, and not necessarily launching a new phone. However, since the company has already shown off the technology online, it could be that some sort of concrete announcement will come from the event.