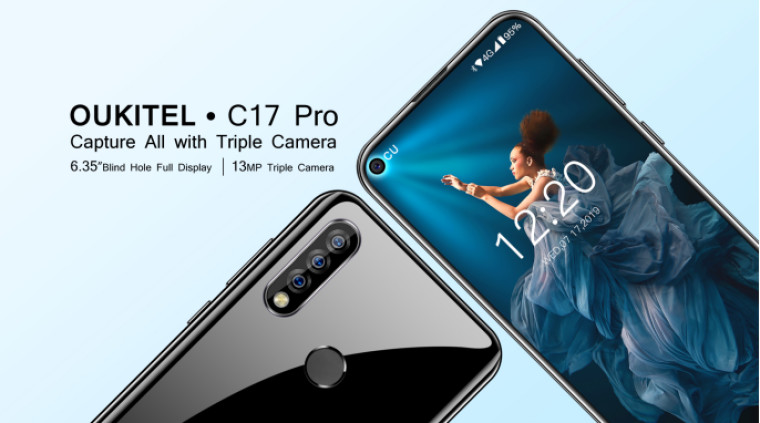 Throughout the years, Oukitel has managed to pump out a huge variety of smartphones, some with designs that might look familiar. A couple of weeks ago, the firm debuted its Y4800, featuring a sleek design and 48MP rear camera sensor. Now the firm has announced the C17 Pro, a handset that looks quite modern and is meant to be a part of its entry line of phones.

The C17 Pro offers an extremely sleek design with a large display on the front and a glossy black finish on its rear. The display, coming in at 6.35 inches, has a small hole punch in the upper left corner for the front-facing camera. The phone will be powered by a 2.0GHz processor and will have 4GB RAM and64GB of internal storage. It is unknown whether there will be an expansion of its internal storage via a microSD card slot.

Perhaps the most interesting part of this phone is its triple camera setup on its rear. Oukitel did not give all of the details on the sensors, but at least one will be a 13MP Sony sensor, with the addition of a wide-angle camera and also a depth sensor camera. Although we have a price of $139.99, there's no set date date for its release, with the company stating it will make its retail debut sometime next month.