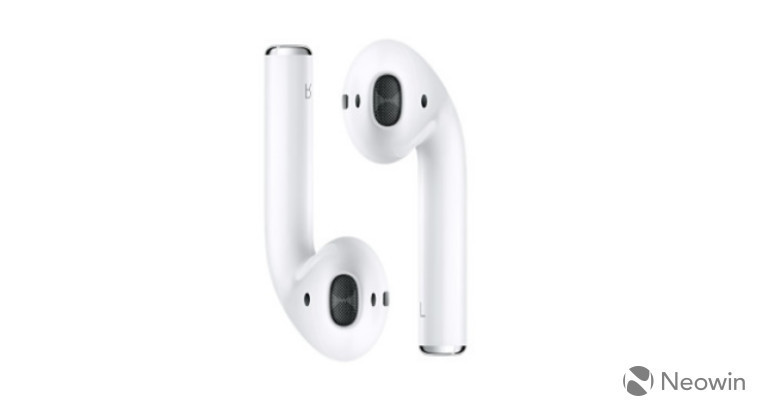 A growing number of owners of Apple's AirPods are complaining of a new issue affecting the $159 earpods, affecting connectivity to their handsets.

At the launch of its iPhone 7 and iPhone 7 Plus, Apple congratulated itself for having the "courage" to ditch the dedicated headphone jack on its handsets, leaving just the Lightning port. Along with new wired Lightning EarPods, or an adapter for those who prefer to use other headsets, Apple introduced the wireless AirPods as the superior solution to the new problem of having no headphone port.

The AirPods were originally due to launch in October, but were subsequently delayed, before going on sale in mid-December. But two weeks later, some owners complained of severe battery drain issues with the AirPods' charging case, noting that even when the case and AirPods were both fully charged, the case would continue to discharge its battery.

Now, as MacRumors reports, further complaints are growing over a fresh problem that causes the AirPods to randomly disconnect and reconnect during calls, with many owners taking to Apple's support forums to discuss their frustrations.

Some users report that the AirPods are disconnecting completely, requiring them to manually re-pair the earbuds with their handsets. Others say that the AirPods lose their connection, and then automatically reconnect moments later. In some cases, users said that the problem only occurred when they had their Apple Watch also connected to their iPhone, but the issue also appears to be present for some users when other Bluetooth devices are paired at the same time.

The overwhelming majority of users affected said that the problem occurred with connections to the AirPods from an iPhone 6s or 6s Plus, although a handful reported the same issue on the iPhone 7. The random disconnection only seem to occur during calls, rather than while listening to music or performing other tasks through the AirPods.

MacRumors suggests that the only obvious workaround available, until Apple addresses the issue, is to use a single AirPod when making calls.