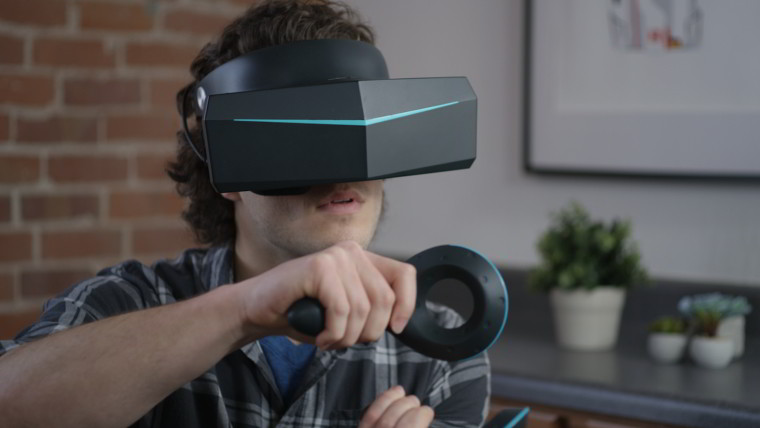 Chinese tech company Pimax was on hand at CES showing off its next-gen 8K VR headset to the masses. The device, which was part of a Kickstarter that gathered more than $4.2 million on the promise of a 5K headset and the 8K version, seems to deliver on its promised resolution, but apparently won't be delivering on its promised ship date.

The headset was supposed to begin shipping to backers this month, but a post on the company's official forums said the device will likely be pushed back several months. “We prefer to make it right, so won’t rush,” the company said. An 8K X unit aimed at next-generation GPUs, was also supposed to be shipped in May, but that could be delayed as well. The delay could be even longer for regular backers as Pimax plans to “ship a very small batch to the leaders in Pimax community and volunteers before shipping larger volume.”

Pimax's 8K unit is touting 3840x2160 LCD resolution for each eye, and a 200-degree field of view, both incredible numbers given that the Vive Pro from HTC was revealed this week with a 2880x1600 resolution, while the Oculus Rift offers a 110-degree FoV. The FoV for the human eye is about 120 degrees per eye, with some overlap and peripheral vision, so the proposed 200 degrees is much closer to reality than currently available.

Several sites were able to give the 8K unit a test run, and while the general consensus is that the headset delivers on its promised visuals, comfort is an issue, as well as the need for a PC with some serious GPU power (the X version requires at least a GTX 1080Ti or a Volta-powered Titan V). Just looking at the set shows how bulky it is compared to the Vive Pro and the Rift. Then there is the retail price. Backers dropped anywhere from $500 to $1,000 for the headset, with the higher prices including a package of controllers and base stations. That price could jump for those not in on the ground floor.

Kudos to Primax for actually getting the unit working to the promised specs, but as evidenced by the years it has taken Oculus and HTC to perfect VR comfort (and price), it seems obvious that an 8K unit still has a way to go.