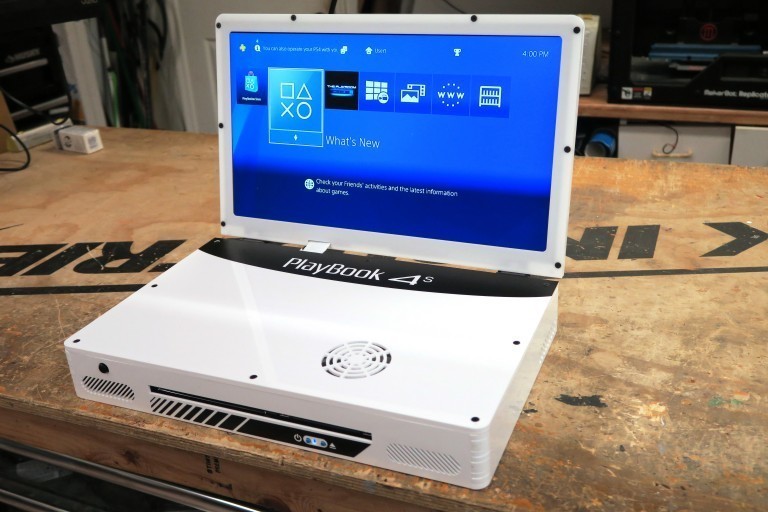 A few years ago it, it was mind blowing to see someone take a video game console and stuff it into a custom built laptop. While the wonder and amazement isnt quite the same as it was back then, its still fairly intriguing to see someone muster up the courage to tinker and provide the community with a Frankenstein-like creation.

If the above gaming console looks familiar, its because weve reported on Ed Zaricks creations before. While he created a number of laptop devices by breaking down video game consoles, the most memorable would have to be the hybrid creation of an Xbox One and PlayStation 4 that featured a 22-inch display. Zarick now returns with his latest hybrid console that takes the innards of the recently released PlayStation 4 Slim and puts it into a convenient and compact body. The "PlayBook 4 S" as it is being called, offers a much smaller profile compared to previous creations and, although it looks like a laptop, will still require a constant connection to power to operate.

If interested, you can head to the source link below to have Zarick create your own laptop gaming console. The PlayBook 4 S will set you back a pretty penny, as it takes a couple weeks to build and costs $1,495.