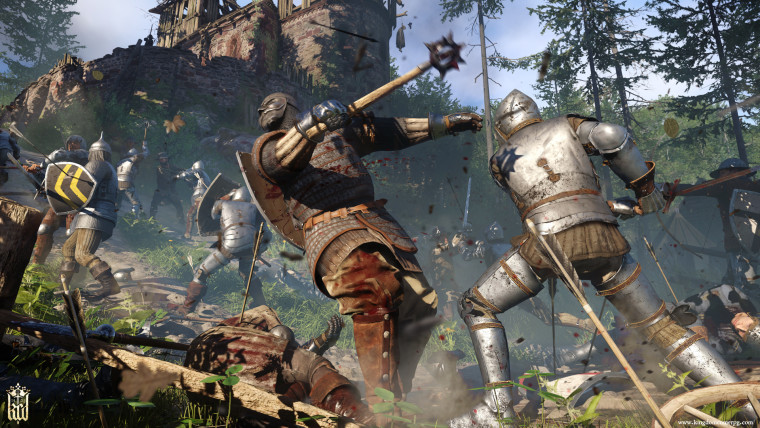 In a day and age where indie developers are more likely to hit it out of the park - thanks to successes like Rocket League, Minecraft, and PlayerUnknown's Battlegrounds - it shouldn't be surprising that Kingdom Come: Deliverance has followed this path as well. Launched earlier this month - after a successful Kickstarter campaign - the game is set in medieval Bohemia, and follows Henry, a lowly son of a blacksmith. After surviving the historical event of 1403, where King Sigismund of Hungaria ordered a raid on mining town Skalitz; he joins the resistance against said Hungarian forces.

Looks like we sold 1,000,000 copies of Kingdom Come: Deliverance in less than 2 weeks! This is truly amazing! Thank you sooooooooo much everyone! #kingdomcomedeliverance pic.twitter.com/ZOHDPHLYyE

Announced by Rick ﻿Lagnese, U.S. community manager at Warhorse Studios, the game officially surpassed the one million sales milestone. This is particularly impressive since Kingdom Come: Deliverance has managed to be the second best-selling title on Steam globally since its launch.

Kingdom Come: Deliverance launched on Xbox One, PC, and PlayStation 4 on February 13. Although the game has received critical acclaim, Digital Foundry found that performance - especially on console - has been less than satisfactory. The developer has since vowed to release patches to fix some of the concerns, with two of them in the works to remedy a myriad of issues.