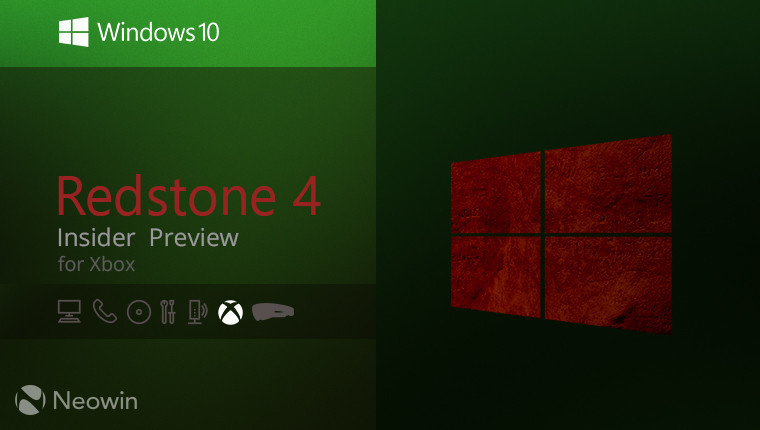 Earlier this week, Microsoft teased that new builds would be on their way for Xbox Insiders. As it turns out though, there's been a snag in those plans, and we're all going to have to wait until next week.

Redstone 4 - the codename for the next feature update to Windows 10 - has been in preview with Windows Insiders since before Redstone 3 shipped as the Fall Creators Update. The Xbox Insider Program works a bit differently. Xbox One consoles get minor feature updates in-between the major ones, the most recent of which was version 1802.

Xbox One Insiders - We have had a great week of flighting builds internally however we need till next week before we unleash the crackin!

And while we know pretty much everything that will be included in Redstone 4 for PCs, almost nothing has been confirmed for RS4 for the Xbox One family of gaming consoles. Microsoft did say that 1440p support is coming soon for the higher end Xbox Ones, although it didn't specifically say that's coming in Redstone 4, or version 1803.

Indeed, we'll all just have to wait and see, as there should be a major announcement next week. The new builds will first roll out to the Preview Alpha ring - which is still invitation-only - followed by the Beta ring, and then Delta and Omega.