When Apple launched the 7.85 iPad mini in the fall of 2012, the company was able to make the tablet smaller in part because it used a film-based touchscreen. Now a new report says that Apple will use the same touchscreen in its next full sized iPad. 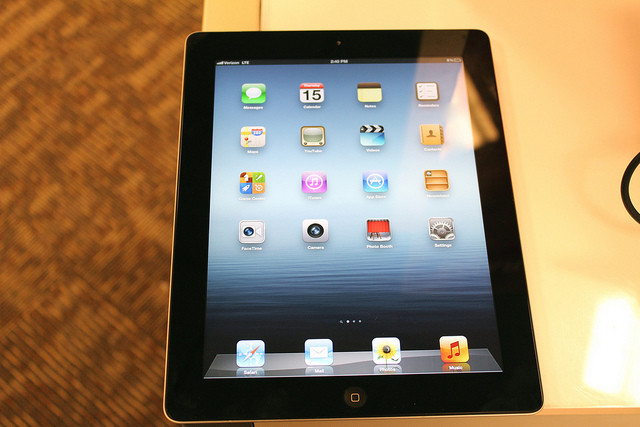 The Wall Street Journal reports, via unnamed sources, that the film-based touchscreen will replace the current glass touchscreen on the regular version of the iPad. This could make the next generation version of Apple's 9.7 tablet thinner and lighter than previous versions.

While glass touchscreens have been used in most tablets, the story says that the film-based technology has now overcome previous technological issues that have kept it from being part of similar products. Apple has yet to announce when the next iPad models will be released, although the company is expected to launch new versions of both the regular and iPad mini tablets later this fall.

There are rumors that the next iPad mini will boost its display resolution to match the Retina display of the current iPad; Apple is looking to increase the number of total iPads sold after it announced a surprise downturn in sales in the second quarter of 2013.