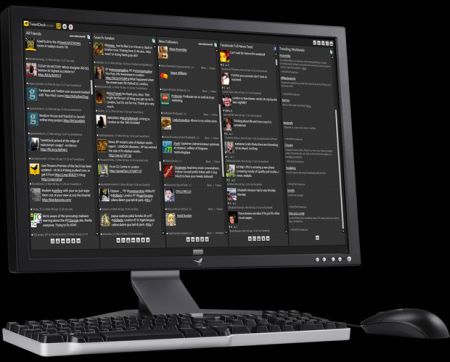 The mega popular social networking service Twitter is officially expanding once again. CNN's Money web site is reporting via unnamed sources that the company has now signed on the dotted line to acquire TweetDeck, the well known organization application that handles more than just Twitter messages. The report says that the final deal to buy TweetDeck will be worth over $40 million in cash and stock. The deal is not yet officially announced but CNN Money claims "papers finalizing the deal were signed Monday." The web site TechCrunch had previously announced that a deal had taken place but it looks like the final papers are now all in place.

Launched in 2008, TweetDeck is a free application with a number of different versions, including iPhone, iPad and Android apps along with a PC desktop application. There's also a version that works directly with Google's Chrome web browser. TweetDeck has also been working on a beta version that would be web based and work with all web browsers. The apps allow people to better organize and view not just Twitter contacts but the contacts among Facebook, MySpace. LinkedIn and more social media networks. TweetDeck users can also update and message people directly from the application.

This new acquisition is an interesting one for Twitter as it normally tends to ignore third part applications that uses its service. It has acquired third party application companies in the past, however, such as the iPhone app Tweetie. The story also points out that another company, UberMedia, who has made its own third party apps for Twitter, was reportedly in talks earlier this year to purchase TweetDeck. However those acquisition talks didn't seem to go anywhere.