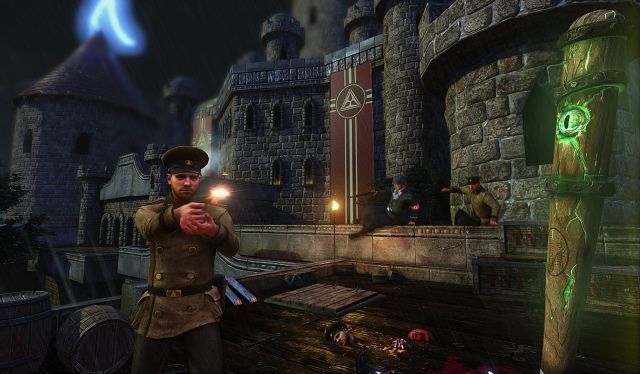 PC gamers who have a long memory will remember the first person shooter Rise of the Triad. The game, released in 1995 by Apogee Software (later 3D Realms) is still fondly remembered for unique (at the time) gameplay features such as jump pads and environmental hazards. Today, it was announced that a new and modern version of Rise of the Triad is in development for the PC.

The game's official web site has already gone live with screenshots and information about the revival, which is being developed by Interceptor Entertainment. This Denmark-based team was originally put together to create Duke Nukem 3D: Reloaded, a proposed remake of the original Duke Nukem 3D with Unreal Engine 3. However, that game has since been put on indefinite hiatus.

The new Rise of the Triad game, also powered by Unreal Engine 3, is supposed to have a full single player campaign where players will once again take on the roles of H.U.N.T. (High Risk United Nations Task Force) agents. There will be five agents to choose from, each with their own unique abilities.

The original game is well remembered as a fun multiplayer title and Interceptor claims that will remain in the revamped version, with weapons like the dual pistols, the MP40, the Heatseeker, the Flamewall, and the Excalibat returning. There will also be a variety of maps and gameplay modes to choose from, including the Dog mode from the original. The game will even allow folks to play the game with all of the original sounds and music from the first Rise of the Triad.

The game is set to be released later this year for the PC. There's a sign up button on the game's website to pre-order and beta test the game but it doesn't appear to be working at the moment.

Source: Rise of the Triad website | Image via Apogee