Microsoft is working on a new product that uses new technology to do things that have never been done before. The product, HoloLens, is an augmented reality device that I first got to experience back in January. Since that time, Microsoft has been able to produce production-like devices and they brought them to Build 2015.

The demos that I got to experience were different than what was shown in January. The session, which lasted roughly two hours was filled with learning coding basics about how to build HoloLens apps in Unity and then augment them using HoloLens in the real world; the demo was called ‘Origami’.

The biggest difference from the January event to the experience at Build 2015 is that I was wearing a pre-production prototype, not the backpack style device from the January event. HoloLens is made of plastic, there is a battery indicator on the back and it connects to the computer using a micro USB cord. The red tabs you see on the device are speakers that work exceptionally well at providing special audio when interacting with holograms, but also allow you to hear the outside world too.

The holograms that I was interacting with were quite simple, a notepad acting as a base with two paper airplanes on top of it placed at various angles and floating above the planes were two different types of balls.

The effect is really impressive, when it is in your field of view, I could take my Origami holograms and place them on other objects in the room and it would look like the object was on physically there. Easily my favorite demo was that you could blow a hole into the floor and then look into the virtual world below; I could then drop balls into the hole in the ground and watch them interact with underworld.

There is no doubt in mind that this is the future of computing, and when people say a wearable computer, you should be thinking HoloLens. Everyone who has used the device recognizes that this is the direction computing is going and that HoloLens has significant merit behind it. But, there are some issues you need to be aware of so that the hype of the product is brought back down to Earth.

The field of view where holograms show up is quite small, in fact, it feels smaller than what was demoed at the January event. This is not just my observation but others who had both experiences made similar comments as well. The commercials oversell the experience as they show holograms being present at all times outside of your direct line of sight.

To see a hologram, you have to be looking directly at it, while this seems logical, if the hologram moves into your peripheral vision, the hologram goes away. Also, if you are looking at a coffee table, there would not be holograms by your knees or feet as this is outside the field of view (FOV) 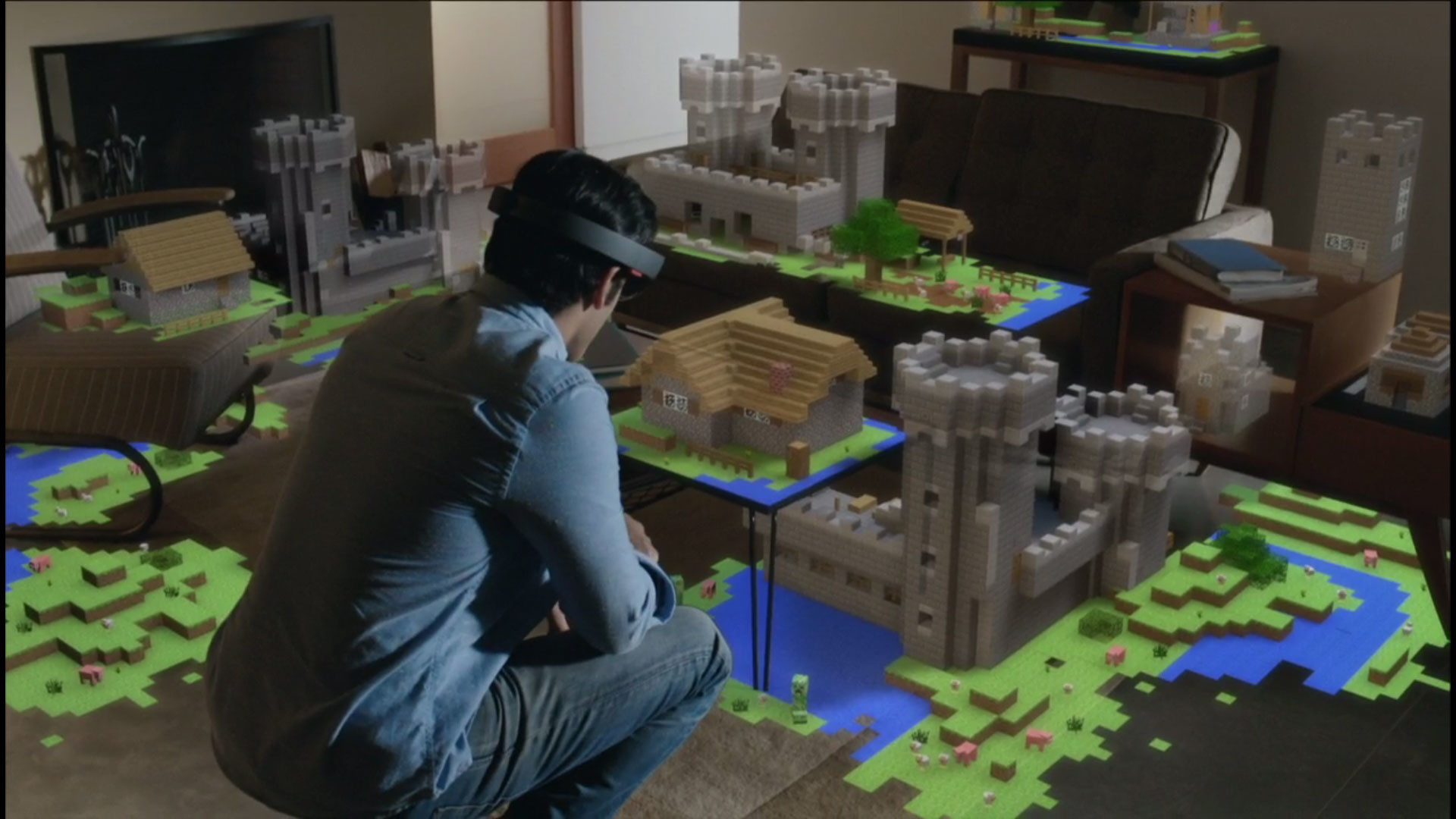 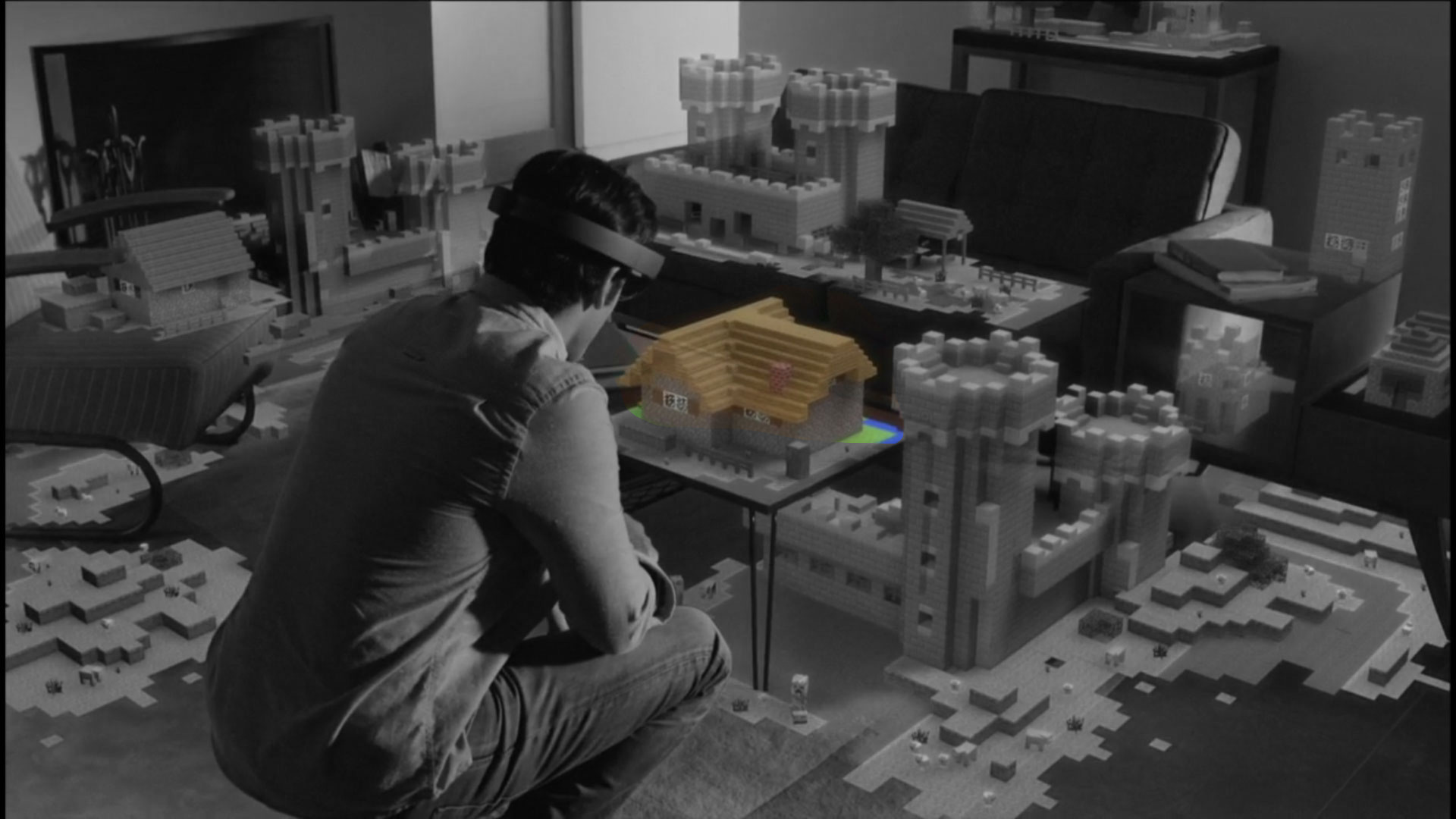 Move your mouse over the image to adjust the slider

To help understand what the field of view looks like while wearing the glasses, take a look at the images above and below that I created. These are Microsoft marketing images of what it’s like to use Hololens and the areas that are in the black and white would not be seen while wearing the device unless the individual looked directly at the hologram. In short, if a hologram is not in your direct line of site, you will not see it and because of this, it takes away from the immersive experience that many were likely hoping to feel when they put on the headset.

There is also a limit on how far away the holograms can be seen, and at one point during the demo they let us see the wireframing of the room happen in real time. A rough educated guess is that the draw distance for holograms is about 10 ft, 15ft max, which means that you cannot see any holograms beyond this range which takes away from the experience a bit too. 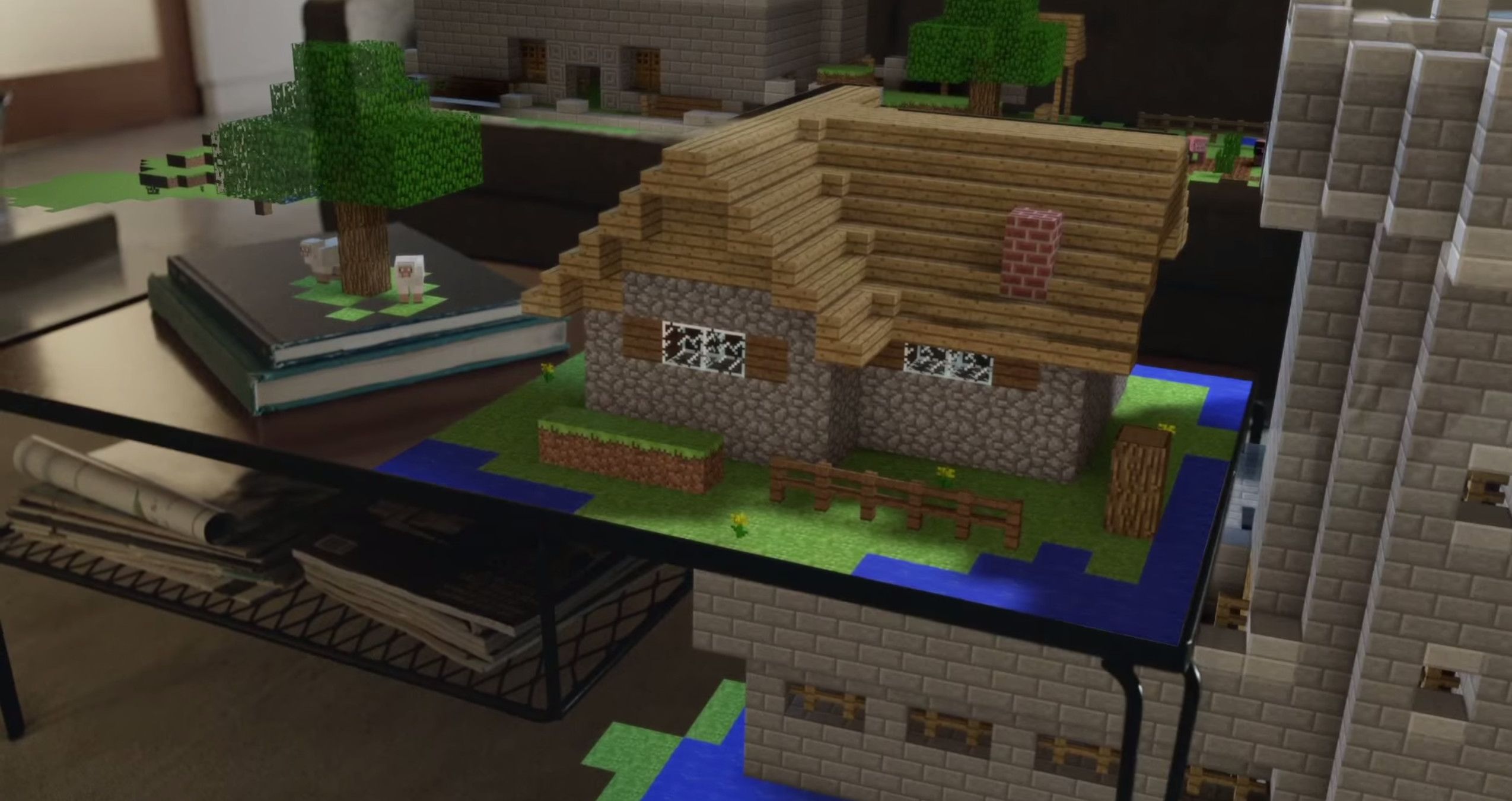 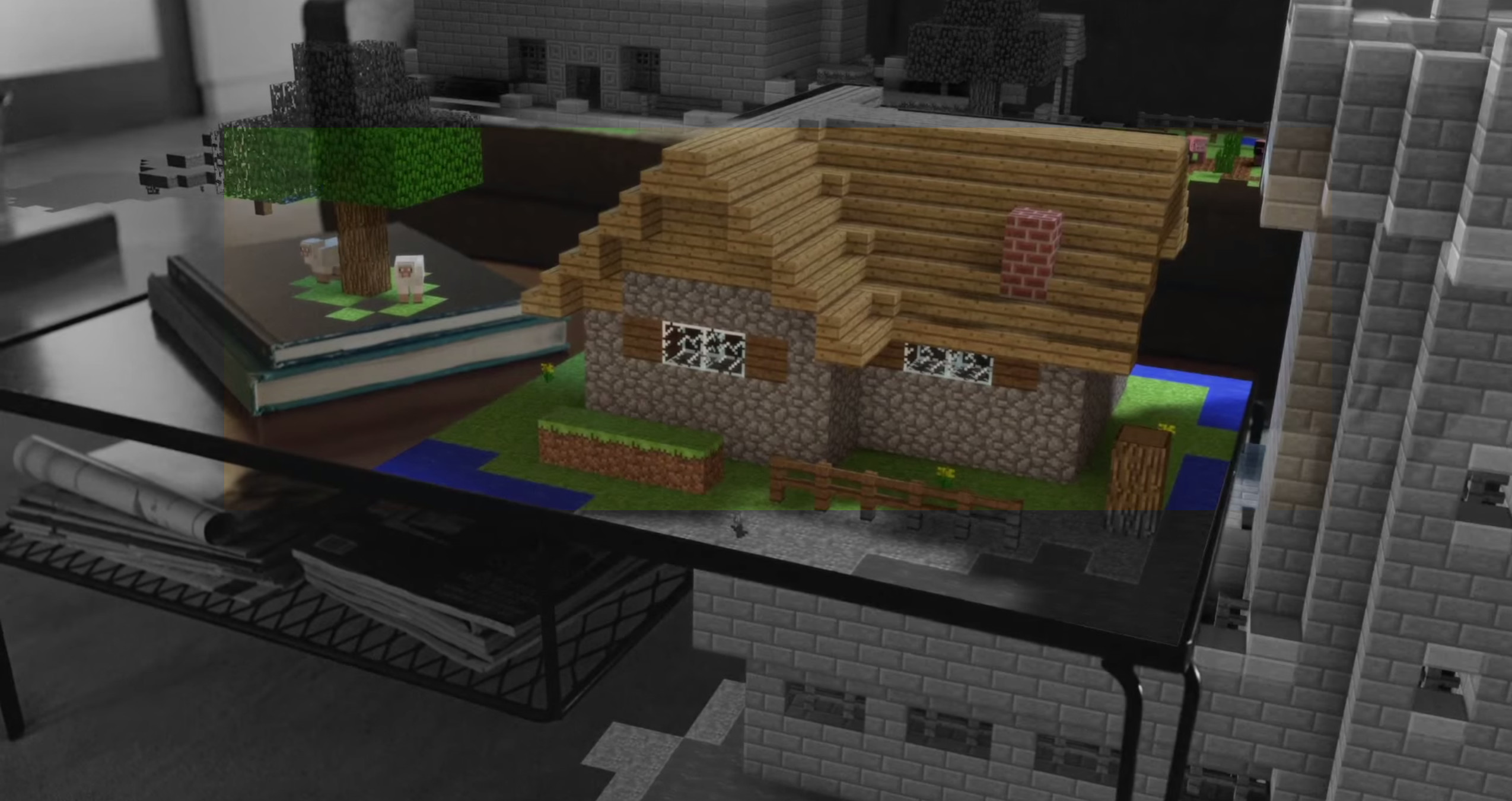 For first time users, the limited field of view is going to be a letdown, there is no question about it. What many called a ‘narrow band of view’ is an accurate portray of where you can see the holograms and while you can look anywhere to see them as long as they directly in front of you, I never got the feeling that I was truly surrounded by the holograms.

One interesting observation is that the holograms are bright, very bright. In the demos, I could move the holograms around and if I placed them on the lap of another person, that individuals legs would nearly disappear under the hologram. The reason for this is that Microsoft is putting light directly into your eye so it overrides the actual light in the room, it's a neat effect.

What’s important to know is that this is V1, heck it’s not even V1 yet, but when V2 or V3 arrive, the immersive experiences will become richer which is this missing piece. When the holograms are in your field of view, they look great and I remember one point when a paperball was dropped on the ground I reached my foot out to try and kick it, the effect really does work as long as you are directly looking at them.

Microsoft is pushing new boundaries with HoloLens and what they are trying to do is nothing short of revolutionary, and I don’t use that word lightly. But revolutions come in steps, the smartphone took a decade to become a device powerful enough to replace our laptop and the Computer took several decades to be small enough to fit into your home. The HoloLens of today may not be the product that changes the world but it’s very easy to see how it eventually will and when it does, we will look back at today and realize this was the first step of creating a holographic tomorrow.