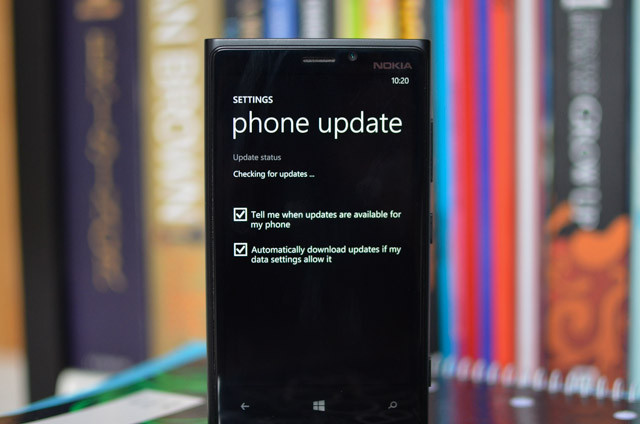 Word on the streets is that Nokia is preparing a major update to their Lumia range of Windows Phones, set for release in July and possibly accompanying a new version of Windows Phone. The update will be known as PR2.0 (PR means "press release"), which represents a major step up from the firmware already included on the Lumias; the current version is PR1.1.5, bumped up from PR1.1 and PR1.0.

The only reason we're hearing about a July release for PR2.0 is thanks to 3 Italy's Twitter account, which responded to a user wondering when the next Lumia update would occur. As they used known terminology to describe the update, it seems like they have a good idea of Nokia's plans for updating their devices. 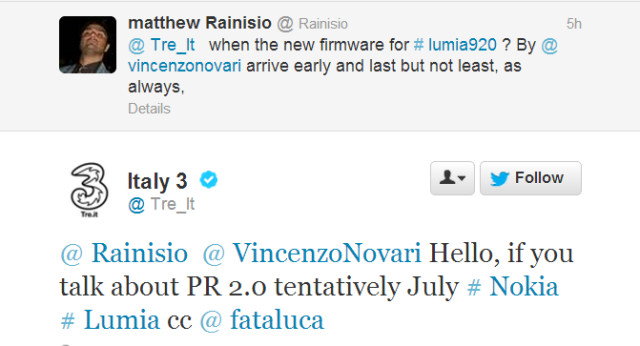 What will be included in this update? WPCentral reports that two previously unseen features will be added to Windows Phones: double tap to awake, and an always on-screen clock. The former feature will allow you to simply double tap on the display to turn on the phone, as opposed to pressing the physical power button, while the latter, when enabled, would always show the clock on the screen of the Lumia (presumably draining battery to keep the display on).

These are just two of the features rumored for the PR2.0 firmware update, and it's likely that Nokia will also bundle the next update to Windows Phone 8 (GDR2) alongside it, as July seems like a likely time for the update to surface (it follows BUILD 2013 after all). It's not entirely known what else the update will bring, aside from things such as FM radio support, but expect to hear more as we approach BUILD.