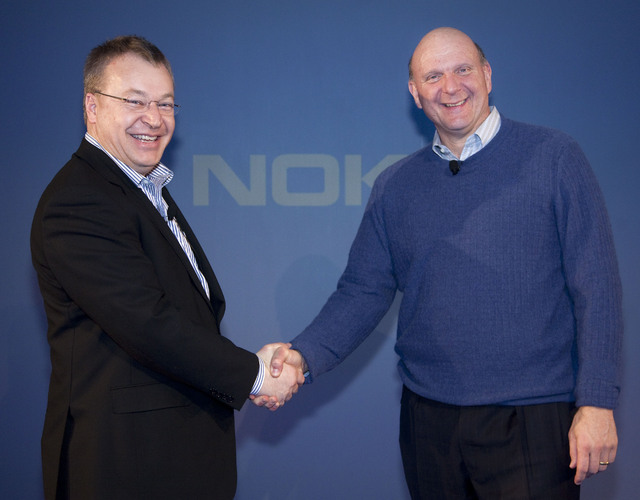 Over the past few months we have heard little come from Nokia and Microsoft regarding their mobile partnership. Today, speculation has arisen that suggests that Microsoft is set to make a $19 billion acquisition of Nokia’s phone unit.

Eldar Murtazin, a Russian mobile blogger and industry insider, suggested that the acquisition was on the table as he tweeted “One small software company decided last week that they could spent 19 bln USD to buy a part of small phone vendor. Thats it.”

It is a big claim from the blogger, but he has a rather nice track record of leaking the correct information before an official announcement. Two weeks ago he suggested that Nokia and Microsoft were discussing the possibility of an acquisition that had the potential to be a closed deal by the end of the year. Additionally, he was one of the first bloggers to report about the initial Nokia partnership with Microsoft.

At this point the deal is simply a rumor, although one which could develop into an announcement by the companies sometime in the future.

To add fuel to the speculative fire, it makes logical sense for the acquisition to go ahead. Nokia CEO Stephen Elop was once a Microsoft Executive and the official announcement of Nokia Windows Phones has already been made. The first Nokia WP phones are likely to come in January 2012, by which time we’ll know if such an acquisition has been made.

Earlier this week, Neowin learned that Nokia planned on having their own app store for their Windows Phones range, in a plan to create a mega-database of three of their mobile operating systems.

Update: Due to the rumors circling, Nokia spokesman Doug Dawson has now come out and said that the rumors were '100 percent baseless'.