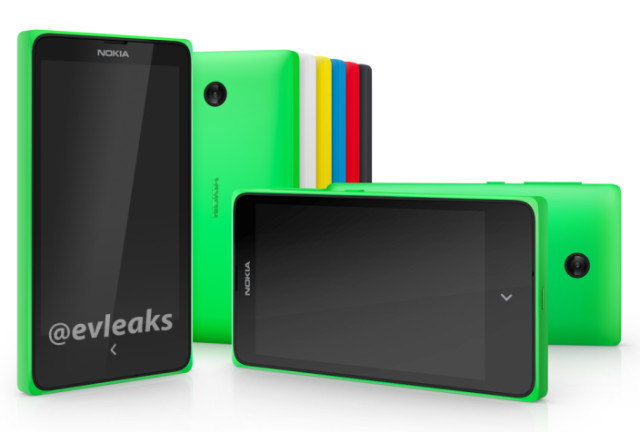 As the world awaits next week's Mobile World Congress and Nokia's press conference, a new report claims that the company is already giving samples of its rumored Android smartphone, Nokia X (previously codenamed Normandy) to app developers in India.

According to Boy Genius Report India's unnamed sources, the developers who have received the Nokia X samples are finding it easy to port their apps to the phone. Earlier reports claim that Nokia X will use a forked version of Google's Android with its own UI and no connections to Google's services.

The same report claims that Nokia will launch the phone sometime in early March. It is expected to be a budget priced device with a 4-inch screen and a dual-core processor with only 512MB of RAM. BGR India claims that Nokia could sell the phone for 6,500 Indian Rupee, which is about $105, but that price could change. One of the story's sources is quoted as saying, "Nokia does not want to price the phone too high and then slash it a couple of months later, which has been a problem for its Lumia smartphones."

Finally, the story says that Nokia has plans for a major marketing push for the Nokia X in India. It claims it will begin in early April, around the time that the 2014 season of the cricket Indian Premier League starts.